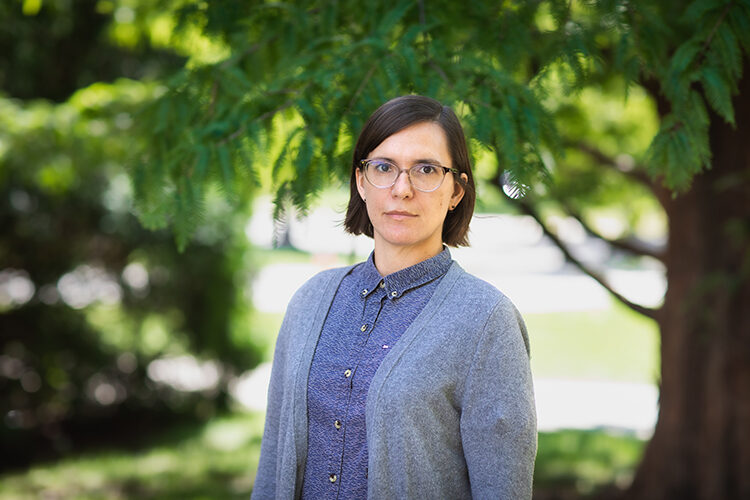 A national report commissioned by the MacArthur Foundation and released in June found that people who identify as lesbian, gay, bisexual, transgender, queer and intersex are overrepresented in the U.S. criminal legal system.

Jane Hereth, UWM assistant professor of social welfare, conducted a review of existing research and compiled the report as part of the foundation’s initiative to support criminal justice reform.

In addition to tracking arrests and incarceration rates, she also documented discrimination against LGBTQ+ individuals within the system, and found that it showed up at every stage, from arrest through sentencing, and also in the inmate’s prison experience.

Here, Hereth talks about how LGBTQ+ people are often overlooked in criminal justice reform and why the disparity hits younger people hardest.

Why are LGBTQ+ people disproportionately at risk of becoming involved in the criminal justice system?

There are a number of contributing factors that I cover in the report. One of the paths I outline is related to poverty, homelessness and unemployment.

We know that LGBTQ+ folks experience higher rates of unemployment and poverty compared to non-LGBTQ+ individuals. For transgender and gender expansive individuals in particular, this is linked to barriers related to changing their identifying documents. It can be really difficult to get a job if the name and gender on your ID doesn’t match how you identify and express your gender. Without employment, folks are forced to engage in forms of criminalized survival, like sex work or theft, and then are punished for doing so.

What about for LGBTQ+ youth?

Youth seem to be especially overrepresented. Arrest and incarceration in juvenile justice facilities are particularly high among youth who identify as LGBTQ+, compared to youth involved in the system who don’t identify as LGBTQ+.

There’s a lot of overlap between the likelihood of being involved in the criminal legal system and homelessness, poverty or involvement in the child welfare system.

And we know that each of those individual things have been looked at as disproportionately impacting LGBTQ+ youth. For example, something like 40% of youth who identify as LGBTQ+ are homeless. And homelessness is often criminalized, with individuals being arrested for loitering or panhandling. So there’s a “piling on” of all these different factors.

How do LGBTQ+ youth get started down the path that puts them at risk for incarceration? Is it because families reject them?

Family rejection is a big piece of the story, certainly. Once youth are kicked or pushed out by their families, they may experience homelessness or need to engage in criminalized survival, which can funnel them into the system. But I don’t want to place all the blame on families. There are lots of system failures that are going on as well.

One of the things we know is that LGBTQ+ youth are more vulnerable to the “school-to-prison pipeline,” which is the result of schools using the criminal legal system to deal with rule infractions, like fighting. And, a lot of LGBTQ+ youth experience bullying in school. When they defend themselves against physical bullying, they are then punished for doing that.

What does the report say about the experience of LBGTQ+ people once they are incarcerated?

Some research indicates that individuals are not getting access to hormones or the proper dosage, and medical staff in prisons and jails have not received the proper training to treat transgender individuals.

Have overturned or nullified legislation from the past continued to affect LGBTQ+ people?

Yes. There’s an ongoing legacy of LGBTQ+ identity being associated with criminality and deviance. That matters because, increasingly, various state legislatures are trying to pass more explicit pieces of legislation that that are contributing to criminal prosecution or increased state surveillance of LGBTQ+ individuals.

For example, some of the proposed legislation would get the child welfare system involvement in the cases of parents who are helping their children access gender-affirming medical care. We’ve seen the conflicts over bathroom access or access to other public accommodations.

This comes from a legacy of people trying to control the identities of others.

What are a few of the needs your report points to?

There’s a need for more emergency shelters that are inclusive of LGBTQ+ folks and more services for survivors of victimization. Intimate partner violence services are geared toward cisgender, heterosexual women. And so, there’s often not a place where LGBTQ+ survivors can go to access services.

We talked about how it’s really difficult for trans people to get jobs if their names on legal documents and photos don’t match their gender expression. So just things like helping walk people through that intimidating process can be really helpful.

And also policy advocacy is needed. We need to have broader conversations to change the way sexual orientation and gender identities are viewed, and work toward greater equality. 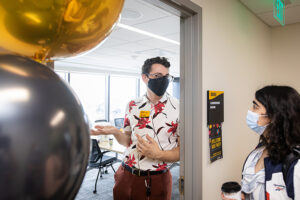