Environmental Protection Agency Administrator Andrew Wheeler visited UWM’s School of Freshwater Sciences on Monday to announce a $492,000 grant for the Harbor District in Milwaukee to build and install a trash collector on the Kinnickinnic River designed to help protect Lake Michigan.

The grant to Harbor District Inc. is the first awarded by the federal agency as part of the Great Lakes Restoration Initiative Trash Free Waters program. The Harbor District’s offices are at the School of Freshwater Sciences, which is one of the anchor tenants of the district located south of downtown.

Wheeler said the grant demonstrated how the health of the Great Lakes is a top priority for the Trump administration. The Great Lakes are the world’s largest source of surface fresh water.

“This system, once installed, will quickly become a symbol of Milwaukee’s commitment to clean water, and it’s a symbol that should become more powerful in the coming years,” Wheeler said at a news conference on a sunny morning at Harbor View Plaza, a park adjacent to the Freshwater Sciences complex.

Floating booms would collect trash in the river and divert the debris to a collection device. Conveyor belts would move the trash to a dumpster on the riverbank for proper disposal.

The EPA said that the project could capture roughly 75 tons of trash a year from the 16,000-acre Great Lakes watershed.

“A main job at this institution has been historically to study the dynamics of the Great Lakes. You can’t manage a system unless you know how it works,” Val Klump, dean of the School of Freshwater Sciences, said in an interview after the announcement. “And the Great Lakes are managed. Whether we do it deliberately or inadvertently, we still manage the system.”

It takes about 100 years for the water in Lake Michigan to be completely replaced.

“So for all intents and purposes, anything that gets tossed, leaked or thrown into the lake stays here indefinitely,” Klump said. “And guess what? We drink it. So anything that goes in there, there’s a good chance that you may drink it tomorrow or sometime in the future.

“Stopping the source of contaminants from getting into the system is important,” Klump added.

Klump also gave Wheeler a tour of the Freshwater Sciences building that started at the entrance that faces the EPA research vessel Lake Guardian, which is docked on the river. The tour ended at UWM’s research boat, the Neeskay, which also sets sail from the Inner Harbor on the Kinnickinnic.

“After years of neglect and decline, the Kinnickinnic River is experiencing a rebirth as local and federal partners remove concrete channel, restore its banks and clean its waters,” Harbor District executive director Lillith Fowler said. “Our community is anxious to get to work on one of its most visible problems – trash.” 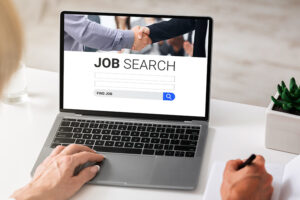