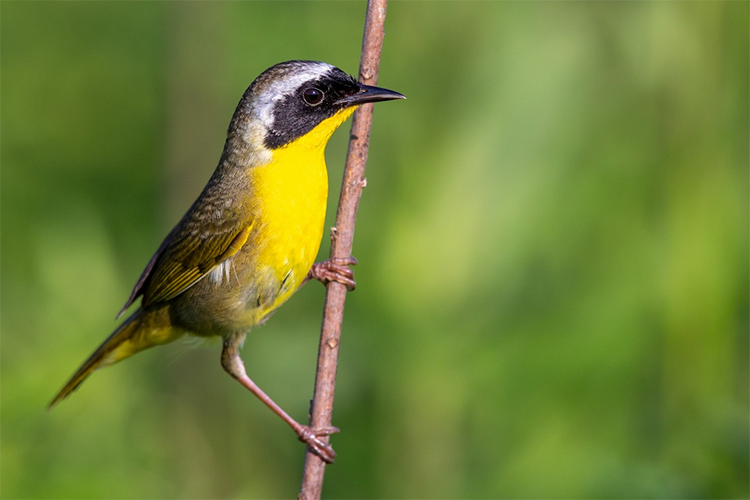 Two UWM scholars and a collaborator found in a new study that two different kinds of flashy male ornaments on songbirds give females the same message: “I have superior genes.” This male yellowthroat shows a larger-sized yellow “bib” on its chest. (Photo by Brad Imhoff)

This association has previously been unclear, particularly in cases where females in different populations prefer different male ornaments. Yellowthroats are small songbirds found throughout the U.S.

In comparative studies across two decades, researchers at the University of Wisconsin-Milwaukee and Skidmore College have determined that different types of ornaments in male yellowthroats are linked to the same superior genes that enhance survival of offspring.

The work was published Feb. 14 in the Proceedings of the National Academy of Sciences. UWM postdoctoral researcher Nicholas Sly is first author on the study.

“We found that the particular ornaments that females tended to prefer in each of our locations didn’t match,” said Dunn, distinguished professor of biological sciences, “even though both characteristics are found among males in both areas.”

Females in the Wisconsin studies favored a large black mask that extends across the eyes, while females in the New York population chose males with large yellow “bibs.”

To investigate this behavior, the researchers studied the genes of feathers on birds with larger-sized features, using techniques that have become feasible to use only in the last five years.

The verdict: Despite being produced by different pigments in different parts of the body, the size of the ornament preferred by females in each population was linked to numerous genes that govern beneficial survival traits.

The findings don’t explain why the females have different preferences geographically, Dunn said, but they have implications for evolution. The availability of more than one ornament as a mating signal allows females to potentially respond to a different choice if their environment changes.

Very few researchers have examined the female appeal of male ornaments in different populations. For example, Dunn pointed to studies of swallows that indicate that females prefer longer tails in some locations and browner bellies in other areas.

Even fewer studies exist that explore the size of ornaments at the genetic level, he said.

“With this study, we not only found genes related to ornaments, but we also showed that similar genes can be linked to different types of ornaments in different populations,” Dunn said. “It brings us much closer to understanding the function of ornaments.”

Though previous research has assumed that ornaments were related to mate choice, Dunn says that had to be proven because sometimes male ornaments are used for other purposes.

“What we consider flashy characteristics may not be limited to mate choice. For example, they may be used in interactions between two males.” 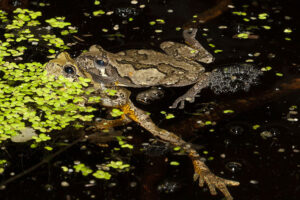