Marcia Silva stands in a farm pasture in Kewaskum, Wisconsin, holding a prototype of an unusual filter. The environmental engineer designed it to help block some of the biggest threats to Lake Michigan’s water quality: cow manure and chemical fertilizers.

Both contain high amounts of phosphorus, which drains from farmland into waterways with every rainfall. Too much phosphorus flowing into Lake Michigan causes harmful algae blooms that foul the water for fish and people. It’s a common occurrence in warm weather.

Silva is the director of UWM’s Water Technology Accelerator and an adjunct professor in the School of Freshwater Sciences and the College of Engineering & Applied Science. She hopes her filter could help solve the phosphorus pollution problem, and it’s been licensed for use. “This was built in the lab,” she says of the toaster-sized prototype. “We have worked with a Michigan company to produce a much larger size.” She spreads her arms wide, indicating the scale-up from the miniature version to the much larger modular unit. 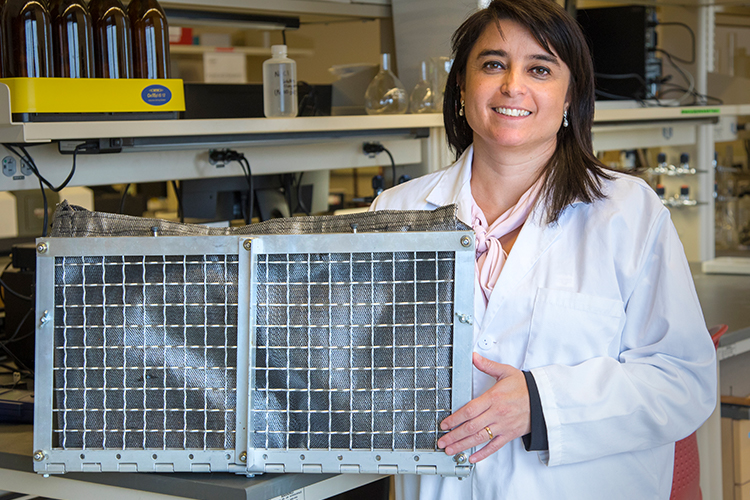 Marcia Silva holds a prototype of a filter designed to remove phosphorus from farm runoff before it hits waterways. (UWM Photo/Pete Amland) 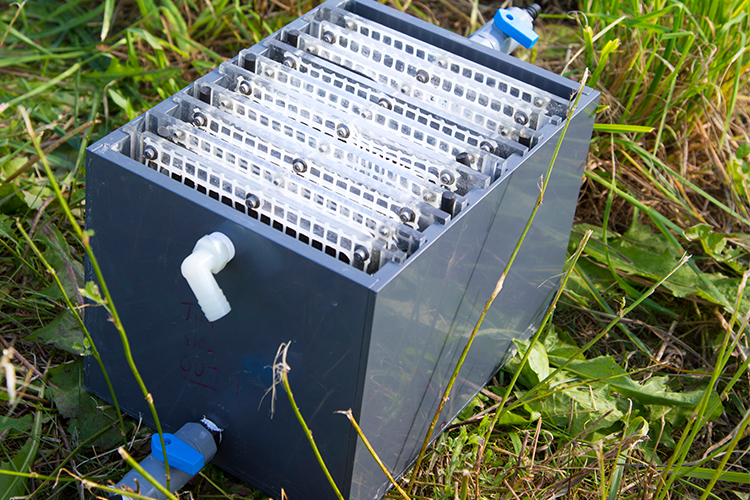 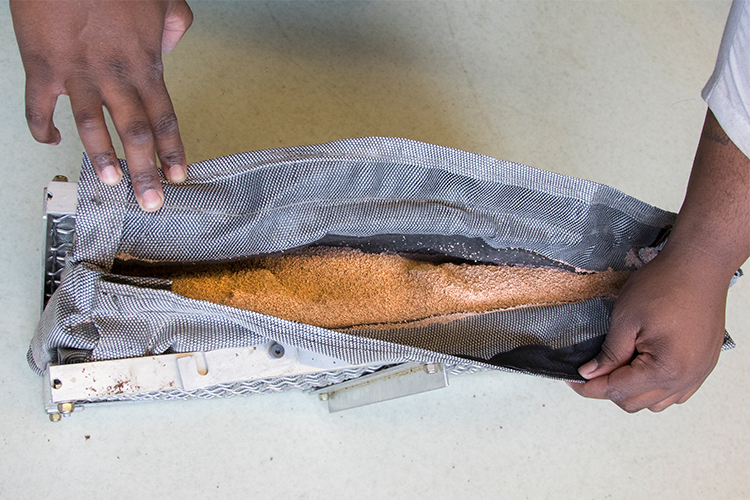 The zeolite contained in the pouches can be recycled after it's used. (UWM Photo/Pete Amland)

The filters are installed next to field drain tiles that empty into streams and rivers. Lab studies show they remove 98% of phosphorus from field drainage in minutes, performing better than competitors in farm tests across the Midwest.

Inside each filter is a bushel-sized teabag-like pouch. The teabags contain a natural material called zeolite, which is engineered with metal oxides to attract phosphorus. In addition to preventing water pollution, the used zeolite can be recycled. The same is true of the captured phosphorus, which can be used again in fertilizer.

Silva built a pilot scale filter with funding from Kieser & Associates, under the umbrella of a large grant from the Great Lakes Protection Fund. She also notes the modular filter system could be adapted for use in other environments, and that’s her favorite part.

“We can situate the ‘teabags’ in urban manholes, for example, so you could filter contaminants running off of streets into storm drains,” she says. “They could also be installed directly into sediment in rivers or lakes.”

The filter design was recently licensed by a company through the UWM Research Foundation.