On the behalf of the Department of African and African Diaspora Studies, we would like to extend our congratulations to Ph.D. Candidate, Charmaine Lang, for winning the Casey O’Brien Outstanding  Activist for a Graduate Student. The award recognizes students who have demonstrated involvement in student activism (on or off-campus) and leadership within the areas of women’s issues, gender and sexual equality, and social or racial justice.

Charmaine Lang has been a part of the reproductive and racial justice movement for a decade. As an intern and later Program Manager for the Reproductive Justice Collective, Charmaine organized multiple Get Out The Vote campaigns with up to 50 canvassers each, food drives and community self-care events. Additionally, as a community activist, she created and presented reproductive justice trainings for organizations, including Planned Parenthood, Freedom, Inc. and Wisconsin State Voices. After the 2016 Sherman Park Uprising in Milwaukee, she co-founded Uplifting Black Liberation and Community (UBLAC) with other Black women and nonbinary activists in Milwaukee and Madison to organize the community to demand an end to police brutality. Finally, as the current co-Secretary for the National Board of 9to5, I am creating a political education series to support organizational culture shift towards racial and gender justice. 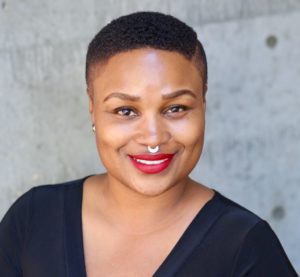 After the 2016 Sherman Park Uprising in Milwaukee, she co-founded Uplifting Black Liberation and Community (UBLAC) with other Black women and nonbinary activists in Milwaukee and Madison to organize the community to demand an end to police brutality.

Her activism is sustained by community connections and sharpened through various trainings. She has attended organizing trainings through Civil Liberties and Public Policy-New Leadership Networking Initiative, Rockwood Leadership Institute as a Reproductive Health, Rights and Justice Fellow, Wisconsin Leadership Development Project, CoreAlign, 9to5 and the National Network of Abortion Funds. Her activism has mostly taken place within established and emerging community organizations. When organizing, she often refers to and shares copies of archival documents—including letters from Toni Cade Bambara and the newspaper Triple Jeopardy by the Third World Women’s Alliance—with other organizers about the resistance and leadership skills of Black and Brown women during the 1970s. This sharing is a part of essential political education to learn about the struggles and strategies of historic activists, which helps to sharpen the political analyses of contemporary activists.

As a scholar-activist, Charmaine has presented on the condition of Black women in activism and the academy. Her scholarship contributes new perspectives in Black women’s history and the connections between gender, health and race by using Black feminist praxis to explore topics of wellness, intimacy and activism. My dissertation, “Learning to Take the Excess Baggage Off”: An Ethnographic and Autoethnographic Study on Black Women’s Self-Care Practices, examines the ways that contemporary Black women in Milwaukee use activism as a form of self-care. It prioritizes the issue of self-care and the overall health of Black women as an integral part of the history and future of social activism.