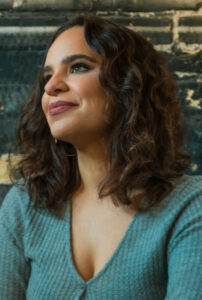 Brittany Ochoa-Nordstrum graduated with a bachelor’s degree in Sociology and a certificate in LGBT+ Studies from the University of Wisconsin-Milwaukee in the spring of 2021. As a recipient of multiple SURF (support for undergraduate research fellow) awards, Brittany has worked under the mentorship of Dr. Lucy Mkandawire-Valhmu on various projects pertaining to advocacy for marginalized communities of color. Brittany’s area of study is medical racism and its impacts on maternal mortality amongst African American women in Milwaukee.

Currently, Brittany is a Ph.D. student in the African and African Diaspora Studies program at the University of Wisconsin-Milwaukee. As she continues her studies, she is a Graduate teaching assistant. As a third-generation Mexican American, her life experiences often inform her passion for these areas of study. When she is not researching, she is often involved in planning and organizing community grassroots demonstrations and fundraisers to benefit marginalized groups around the city of Milwaukee. Brittany has also been nominated for the 2021 Women of Color Award through the UW- System. 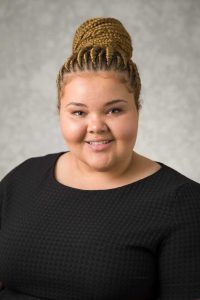 Maria Hamming graduated in 2018 from Grand Valley State University with a B.S. in Global Studies & Social Impact, and a minor in African American Studies. As a Ronald E. McNair Scholar, Maria’s research interests in the broad topic of racial identity began to form. Maria’s research is primarily interested in black travel/tourism to West Africa, and how this influences the formation of one’s racial identity.

My name is Jane Nyambura Kariuki, I was born in Kenya but am currently situated in Minnesota. I received my bachelor’s degree in Peace and Justice Studies and Global, Cultural, and Language Studies with a concentration on women and gender studies at the college of St. Scholastica in Duluth, Minnesota. I am currently a Ph.D. student in African and African Diaspora studies. My research interests include understanding Black women’s autonomous communities as they strive to exist in neocolonial and patriarchal conditions. I am specifically interested in East African women and how they bargain their survival and their communities. My interest seeks to understand how these women opt out of the communities they are born in and in turn create alternative spaces. 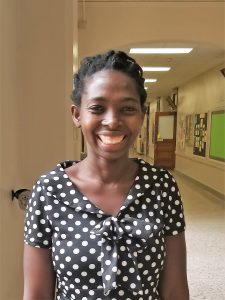 Jackline Kirungi is a graduate of Makerere University, Kampala-Uganda. She holds a Master of Philosophy in interdisciplinary social sciences, a Master of Arts in Gender and Women Studies and a bachelor’s degree in Social Sciences all from Makerere University. Interacting with scholars and researchers in the university space, Jackline has developed an interest in pursuing an academic career.

Her main research and academic interests revolve around gender, marriage, family and racial identities. Jackline is a member of Council for the Development of Social Science Research in Africa (CODESRIA).

As a researcher in Uganda, she has undertaken several research explorations in gender and health, gender and education in adolescents, gender and feminism studies in Africa (Makerere University), gender and migration, gender and local government and water. Jackline currently seeks to explore gender, marriage, family, and racism in different communities. 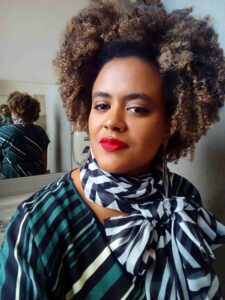 My name is Dalila Fernandes de Negreiros, I have 32 years, I’m a black woman and a Brazilian activist in the black movement, a geography teacher and a researcher of policies for racial equality in Brazil. My academic training has been dedicated to research about race relations in Brazil, specifically the relationship between the demands of the black movements and public policies built in response to such demands. In 2017 I published my book: ““Educação das relações étnico-raciais: análise da formação de docents” (Education of Ethnic-Racial Relations: An Analysis of Teacher Training) by the publisher of the Federal University of ABC (UFABC)

I worked for Brazil´s government as a public servant from 2008 to 2017, always on black population-related issues. I already worked in promoting food security to traditional communities as indigenous and quilombolas, from 2008 to 2011. Between 2012 and 2015 I’ve worked at the Racial Equality Secretariat. And between 2015 and 2017 I worked in the Human Rights Department in a program against torture. Lately, I’m developing my dissertation proposal at the University of Wisconsin in Milwaukee. My goal is to do a comparative study of black studies in Brazilian and American Universities. 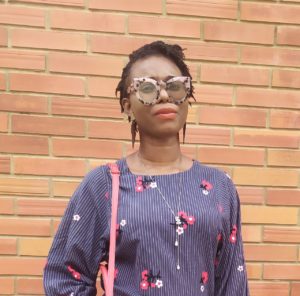 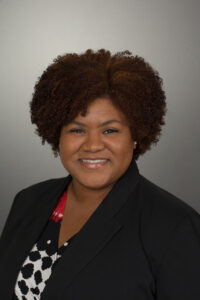 Jamee Pritchard is a librarian and a public historian. She holds a Master of Library and Information Science, a Master of Arts in History, and a Graduate Certificate in Women’s and Gender Studies from the University of Wisconsin-Milwaukee. She received a B.A. in Cultural Geography from Ball State University in Muncie, Indiana. As a Ph.D. student in African and African Diaspora Studies, Jamee’s research centers on Black women’s history with a focus on Black feminisms and print and literary cultures.

Nakia Spencer received her BA in Journalism and Mass Communications and her MA in English from UW-Milwaukee. 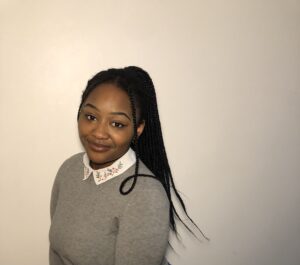 We encourage you to contact the department for information on our graduate programs, research opportunities, and financial aid.