If you witness an armed individual on campus at any time or an individual who is acting in a hostile or belligerent manner, immediately notify the University Police Department at 414-229-9911.

What Should I Watch For?

Threat assessment is based on the premise that targeted violence is preventable and is the end result of a discernable process. An individual often engages in behaviors that may be indicative of escalation prior to acting out violently. The following are examples of such behaviors and are meant to help you identify potential concerns. These examples are not intended to be all-inclusive nor should it be assumed that an individual who exhibits them will act out violently.

What Should I Do?

Report your concerns. Never assume that the team already has the information or someone else has already reported it. The most accurate assessment can only be completed when all of the known information is made available to the Behavioral Intervention Team (BIT). Information you have may be what is needed to give the team a complete picture.

The threat assessment process can be broken down into four phases:

Will I Receive Updates?

As a reporting party, you can expect to be contacted to see if you have any additional information. Limited information obtained during the threat assessment may be shared to the extent it is necessary to develop a safety plan for the intended target(s) or victim(s).

Most of the information that is obtained is considered confidential and is not shared to protect the privacy of the individuals involved and the integrity of the assessment.

Chances are, you’ll never face an active killer situation. But if you do, you need to be prepared.

An active killer is an individual(s) actively engaged in killing or attempting to kill people in a confined space or another highly populated area. In most cases, active killers use firearms and display no pattern or method for the selection of their victims. An active killer’s objective is that of mass murder.

Active killer situations are dynamic and evolve rapidly, demanding an immediate response by the community and immediate deployment of law enforcement resources to stop the shooting and prevent further harm to the community.

If an active killer is outside your building:

If an active killer is in your building:

If an active killer enters your office or classroom:

What to expect from responding police:

AVOID starts with your state of mind.

DENY when getting away is difficult or maybe impossible.

DEFEND because you have the right to protect yourself.

Watch the Avoid | Deny | Defend video below on YouTube
(https://www.youtube.com/watch?v=j0It68YxLQQ) for an overview of how to save your life in an active attack event.
Always remember – What You Do Matters.

Citation:
The ALERRT™ Center at Texas State University:
Since 2002, we have trained more than 130,000 law enforcement officers in 50 states, Puerto Rico, Guam, and the District of Columbia in the Advanced Law Enforcement Rapid Response Training (ALERRT) ™ standard for active shooter response, primarily through federal and state funding. 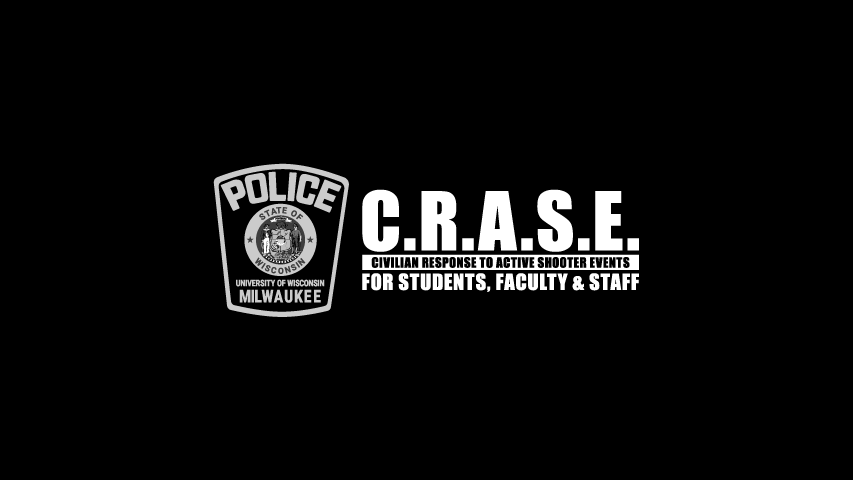 Course Type In-person Chapman Hall Room 211 Course Goal The goal of this training is to provide a basic understanding in how to Survive an Active Shooter Incident. The training covers the following topics: What you can do to survive