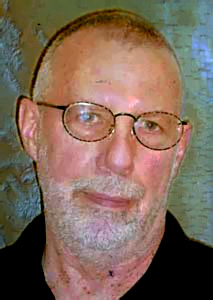 J. Rudi Strickler’s work in imaging microscopic aquatic zooplankters as they navigate and manipulate their watery habitats has reversed previous scholarship that asserted the tiny creatures survived by chance encounters.

His research proved the tiny transparent relatives of shrimp, which populate both the sea and freshwater by the sextillions, act selectively in choosing their food, avoiding predators, and successfully pursuing a mate. It has redirected the course of inquiry in the field.

Strickler, a UWM and Shaw Distinguished Professor of biological sciences, has accomplished much of the work with the aid of high-speed video with optical systems he often has designed himself. His savvy use of laser beams, animated GIFs files and high-magnification equipment has allowed him to track and compare the behavior of copepods, the main constituent of zooplankton.

In 2000, the National Science Foundation recognized Strickler in its bound report, “50 Years of Ocean Discovery,” citing his research on zooplankton as one of four landmark achievements in biological oceanography. Nine years later, he was recognized by the American Society of Limnology and Oceanography (ASLO) with the John Martin Award for research published in 1981 with Mimi Koehl, a professor at the University of California, Berkeley. The award is reserved for papers at least 10 years old that have led to fundamental shifts in subsequent research.