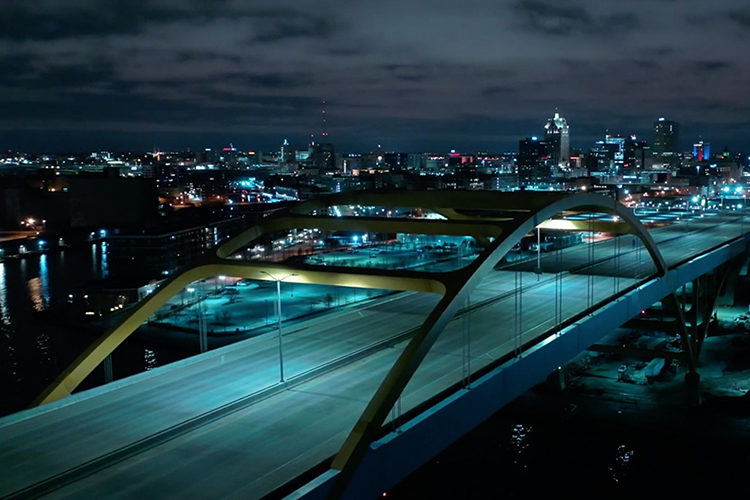 Feeling heartbroken about the COVID-19 pandemic, photographer Brian Slawson turned to visual art. Slawson is the filmmaker behind an emotional video that captures a hauntingly empty Milwaukee, including UWM. His video has been viewed more than 100,000 times on Facebook.

“It was a way to fight my own grief, think outside of my own personal story and see how this really affects everyone. I saw a story to tell,” Slawson said.

Slawson graduated from UWM in 2012 with BFA in photography. Jens Rhude, who edited the film, received his BFA in film from UWM in 2017. Additional footage was provided by Stephen Vincent Anderson.

“The response has been insane and overwhelmingly positive. Reading how this short film brought hope to people was an eye opener for other projects I’d like to embark on,” Slawson said.