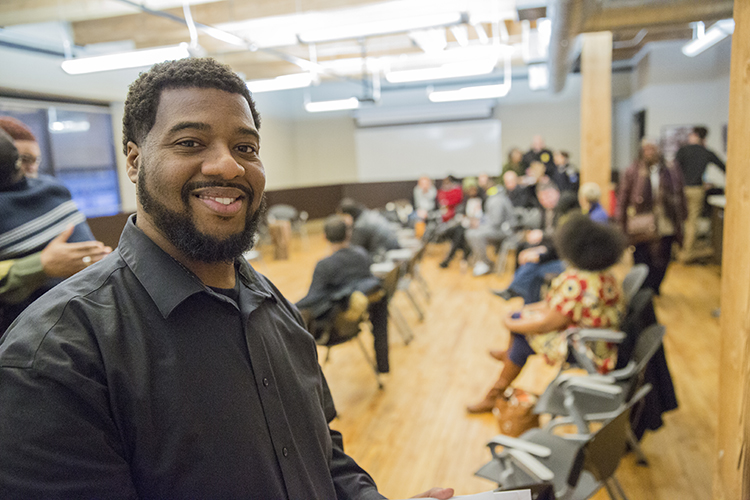 Kitonga Alexander, coordinator of the Welcome Home Project, prepares to present as attendees file in for the project's "Welcome Home Ceremony" at the Alma Center. (UWM Photo/Troye Fox)