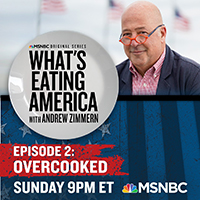 Altered lake temperatures during the various seasons has shifted the food web structure, said Aguilar-Diaz, giving fishermen more access to some varieties of fish than in previous years, and little or no access to others.

One example she gives is the collapse of the yellow perch fishing industry. Warmer springs have led to a lake-wide scarcity of food for newly hatched yellow perch, which were once plentiful in Lake Michigan, she said.

At the same time, fishing of trout and salmon has been record-breaking in the last few years because of a climate change-driven late summer cooling of the lake. This phenomenon has brought the colder-water fish inshore to feed in greater numbers than before.

Cuhel and Aguilar-Diaz also appeared on a recent documentary about Great Lakes shipwrecks, produced by the series “Outdoor Wisconsin” on Milwaukee Public Television. The scientists take viewers to the site of the shipwreck of the Prins Willem, which sunk in 1954. They collect samples of the aquatic life on the bottom of Lake Michigan and discuss how quagga mussels and organic matter contribute to the degradation of the ship’s metal and wood.

The entire shipwreck show can be viewed on Facebook. The segment featuring the UWM scientists on the Neeskay begins at the 20-minute mark.