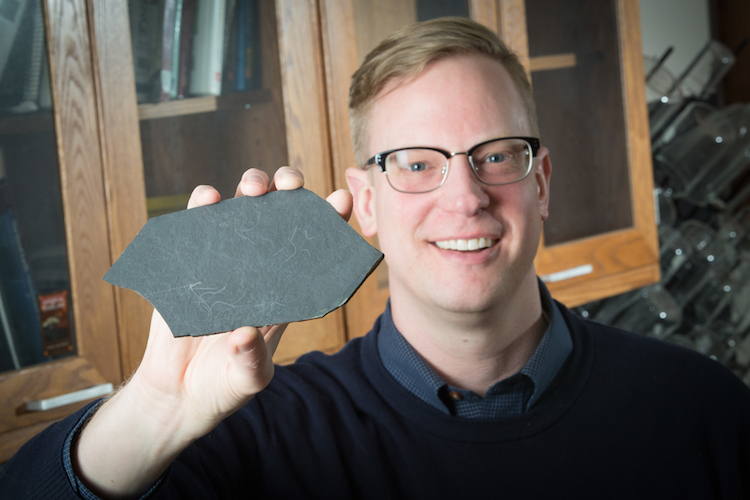 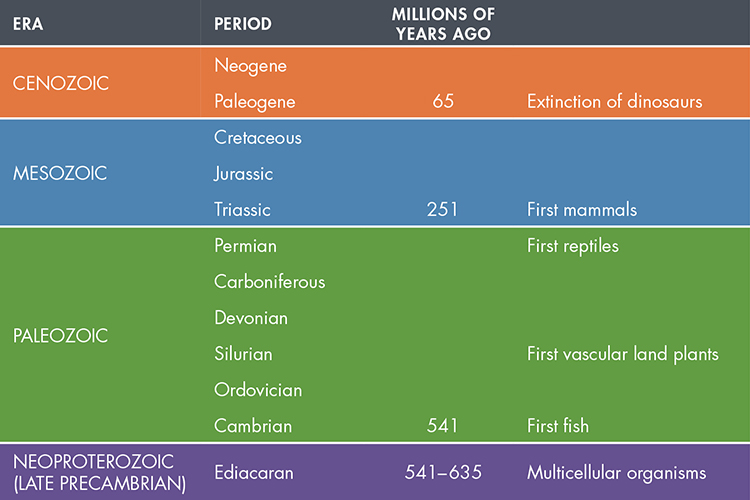 The seaweed is from the Ediacaran Period, meaning it's among the oldest multicellular life forms ever discovered. (UWM Graphic/Allie Kilmer)

Pinpointing when life on Earth evolved from single-celled to multicellular organisms is no easy task. Organisms that old lacked many distinguishing characteristics of modern life forms, making their fossils exceptionally rare.

But University of Wisconsin-Milwaukee paleontologist Stephen Dornbos and his research partners have discovered new clues in the quest. They found fossils of two species of previously unknown multicellular marine algae – what we now know as seaweed – and they’re among the oldest examples of multicellular life.

Their age is estimated to be more than 555 million years old, placing the fossils in the last part of Precambrian times, called the Ediacaran Period. They provide a crucial view of Earth’s earliest evolution of multicellular life, which scientists now think started millions of years earlier than previously thought.

The team’s work is detailed in a paper in the open-access online journal Scientific Reports, and it was published March 17.

“This discovery helps tell us more about life in a period that is relatively undocumented,” said Dornbos, a UWM associate professor of geosciences and first author on the paper. “It can help us correlate the changes in life forms with what we know about the Earth’s ancient environments. It is a major evolutionary step toward life as we know it today.”

Scientists think an explosion of animal diversity and complexity began near the start of the Cambrian Period, about 541 million years ago. But Dornbos said this fossil find is the latest example of multicellular life forms appearing in the preceding Ediacaran Period.

Certain kinds of sedimentary rocks, called Burgess Shale-type (BST) deposits, have the right characteristics to preserve soft-bodied organisms as thin carbon films. During the Cambrian Period, BST deposits are more common, and they preserve fossils of increasingly complex animals. But only a handful of Ediacaran BST deposits are known globally.

Team members were searching for Ediacaran fossils in western Mongolia limestone when they uncovered a new BST deposit. That’s where they found the seaweed fossils.

BST fossils from the Ediacaran usually fall into two categories: multicellular algae, like seaweed, and fossils that are extremely difficult to classify, often the remains of extinct types of organisms. Consequently, Dornbos said, determining exactly what is preserved in Ediacaran fossil deposits can be hotly contested.

“If you find a fossil from this time frame, you really need strong support for your interpretation of what it was,” he said. “And the further back you go in geologic time, the more contested the fossil interpretations are.”

Dornbos’ collaborators on the fieldwork, funded by the Japan Society for the Promotion of Science and NASA’s Wisconsin Space Grant Consortium, were Tatsuo Oji and Akihiro Kanayama of the Nagoya University Museum in Japan, and Sersmaa Gonchigdorj of the Mongolian University of Science and Technology in Ulaanbaatar.

Read the paper, “A new Burgess Shale-type deposit from the Ediacaran of western Mongolia,” at Scientific Reports.