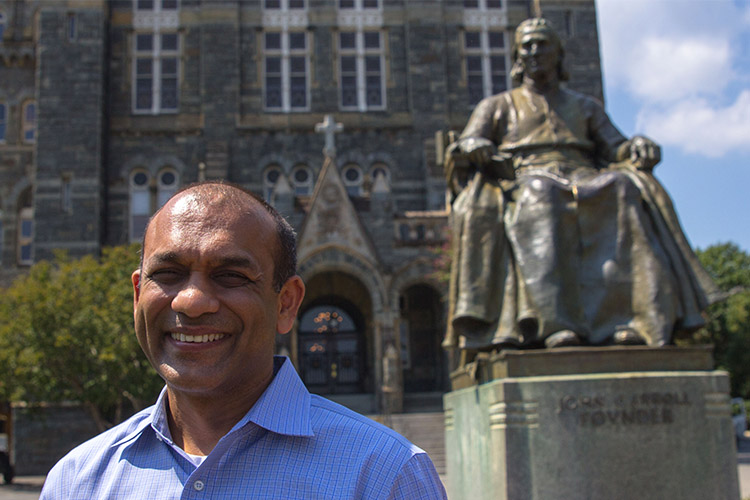 Play Video
UWM alum Sumit Agarwal stands in front of a statue of Bishop John Carroll, founder of Georgetown University. Agarwal is a professor of economics and finance at the university. (UWM Photo/Chris Baylor)

UW-Milwaukee alum Sumit Agarwal is a professor of economics and finance at Georgetown University. Being in the heart of American policy is perfect for his research and his passion — a passion that bloomed at UWM.

Agarwal has been featured by numerous media outlets, including the BBC, CNBC and Fox, and his research is widely cited in leading newspapers and magazines such as the Wall Street Journal, the New York Times, the Economist and the U.S. President’s Report to Congress.