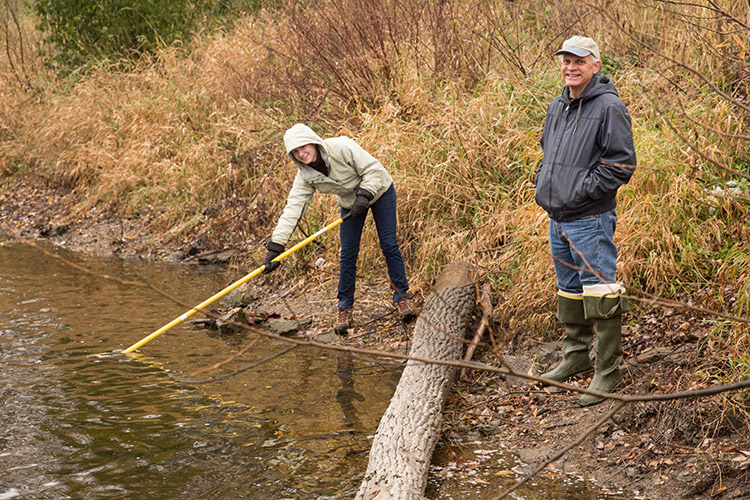 Will Thanksgiving leave a mark on Milwaukee’s waterways? UWM researchers think it will.

They are joining forces with Milwaukee Riverkeeper, the Urban Ecology Center, Carroll University and citizen volunteers to take samples of water from the Milwaukee, Menomonee and Kinnickinnic rivers the day before and the Saturday after Thanksgiving.

UWM researchers will analyze the samples, looking for trace amounts of substances that could be associated with human behavior over the holiday – such as acetaminophen, caffeine, cinnamon and nutmeg.

Sewage treatment plants usually do not remove spices, so they end up in the city’s rivers, just like myriad pharmaceuticals and chemicals in personal care items that can harm fish and may also harm people.

The aim of the project is public awareness, said Todd Miller, associate professor of environmental health sciences at the Zilber School of Public Health.

“We want to show people that they have an impact on the water,” Miller said about the project, which is funded by the Fund for Lake Michigan. “We hope that they will realize that what they use around their homes ends up in their water.”

Volunteers will sample the Milwaukee, Menomonee and Kinnickinnic rivers the day before the holiday by collecting one sample from each of the three rivers. They will return on the Saturday after Thanksgiving to collect more samples at 14 sites on all three rivers.

UWM researchers expect results of what they find in the water samples by mid-December. The Urban Ecology Center will post the researchers’ data to an online map, so that anyone can see the sampling sites and results.

Zac Driscoll, a freshwater specialist at Milwaukee Riverkeeper and a UWM graduate, said the results could also reveal undetected leaks in the sewage infrastructure.

“We wouldn’t typically expect to see spices in the Kinnickinnic or Menomonee Rivers,” Driscoll said, “because there aren’t any treatment plants upstream.”