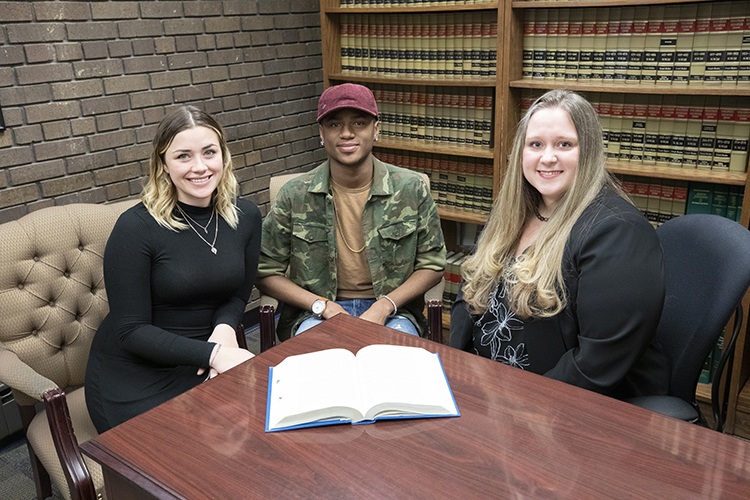 When senior Alexandrea Talsky had a minor financial aid problem she wasn’t able to untangle by herself, she turned to the Fostering Success office.

Tralen Hazelwood, a first-year student, credits the office with helping hold him accountable, making sure he stays on track with studies and assignments through its coaching program.

Both students came to UWM out of the foster care system, so they don’t have the usual built-in family support to help them figure out how to get into college and succeed in higher education.

The program is modeled on a successful effort at UW-Stout that provides support to students coming out of the foster care system and students who are homeless — those who don’t have traditional family networks. That support may include help in finding scholarships, getting connected on campus, life skills, preparing for the future and just the opportunity to be with others who’ve had similar experiences,  according to Tawney Latona, an advisor in the Office of Undergraduate Admissions and UWM’s Fostering Success coordinator.

In most states, children in the foster care system “age out” at 18 or 21 and are on their own, Latona said. Currently, approximately 100 students are involved in some way in UWM’s program.

In general, children leave foster care in Wisconsin at age 18. Those who wish to go on to college can apply for a scholarship through the Department of Children and Families.

Just getting to college is a challenge for these young people, and completing a degree is very difficult. A 2011 University of Chicago study showed that only 11 percent of women and five percent of men coming out of foster care had completed a college degree by age 26. That compared with 33 percent of the general U.S. population, according to census data.

Trying to beat the odds

Both Talsky, an international studies major,  and Hazelwood, who is undecided,  are determined to beat those odds.

Talsky and her siblings were removed from their home when she was 8 years old. After a year, her grandmother became a foster parent to her and one of her sisters.

Talsky was determined to go to college, but it wasn’t easy.

“I knew that I wanted to go to college, but it was really a big challenge for me,” she said. “My grandma didn’t actually graduate from high school and neither of my parents went to college, so no one really knew what to expect.”

With the help of high school counselors and teachers, she was able to apply to UWM and was accepted. Originally from Mukwonago, she wanted to stay in the Milwaukee area so she could stay connected with her siblings. The availability of a scholarship for students from the foster care system, the Morgridge Foster Care Scholarship, clinched her decision.

While she applied for and received that scholarship, which is given to one student each year, she is glad she has the Fostering Success program to turn to as she navigates her way toward a spring 2019 graduation.

“What’s really helped me the most is to have a contact on campus,” she said. “They’re able to really understand what I’m going through and what challenges I’m facing.”

‘The program holds me accountable’

Hazelwood entered the foster care system after his mother died of ovarian cancer when he was 16. A single parent, she had arranged for their family doctor to become his guardian. Hazelwood  heard about Fostering Success through a friend of his mother’s.

“She said, you should give Tawney Latona a call, so I did,” Hazelwood said. “She was answering my questions and she said, ‘Oh wait, we have this program.’ And here I am.”

As a first-year student who’s also working, he said he appreciates the support the program gives him in keeping on track.

“The program holds me accountable,” he said. “It’s really good at helping me to figure out what I need to do and when I need to do it, especially with classes and projects.”

He added that he has gotten two promotions at his job at American Eagle since starting with Fostering Success and he feels the encouragement and coaching he’s gotten from the program contributed a bit to that. He is part of a Fostering Success coaching program, designed at Western Michigan, that started this year. Latona took coach training sessions at that university over the summer.

Meetings with a coach

Students in the Fostering Success coaching program meet with their coach biweekly and participate in a holistic approach to finding success at UWM. Plans are to expand that opportunity to more students this semester, Latona said.

Talsky, who is also in Honors College and working on a peace studies and conflict resolution certificate, plans to take some time off after graduation, then head to law school. She’s currently the office manager at the University Legal Clinic.

“I want to be able to help people, and give back,” Talsky said. “I feel the best way for me to do that is to be an attorney. So many people have been there for me, and I think it’s super-important to give back.”

Hazelwood isn’t sure where his studies will lead him, but he’s determined to get a degree.

“Out of all my brothers and sisters, only one has gone to college. I want to be the first of my mom’s children to graduate with at least a four-year degree. I just don’t want to repeat that cycle.” 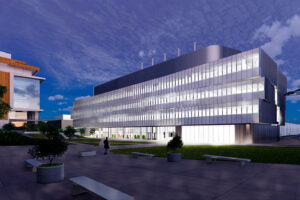