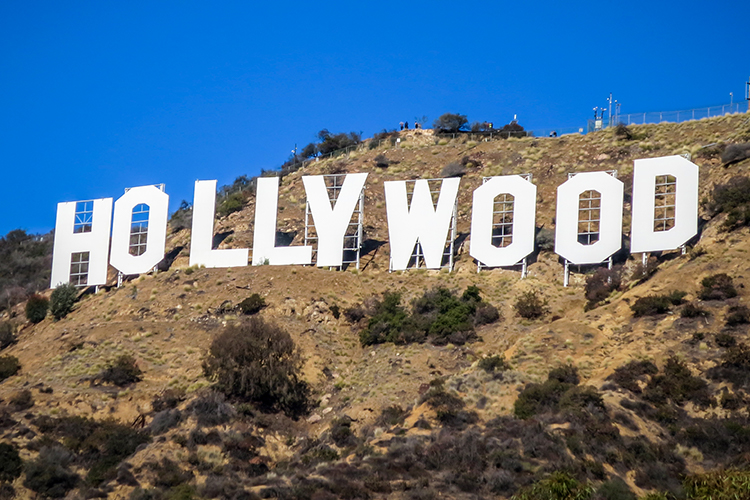 Male and female actors are paid unequally, even when controlling for the star's track record and other factors.

Hollywood is a star-studded land of glitz, glam and pay gaps.

According to new research conducted by UWM labor economist John Heywood and his coauthors, female stars in the nation’s movie capital earn an average of $1 million less per film than their male counterparts when they perform in similar roles. The gap persists even accounting for actors’ experience, box office earnings and a host of other factors.

Heywood and his colleagues’ work has been highlighted on Bustle and in The Guardian.

You found that there is a significant gender pay gap in Hollywood. What did your research reveal?

What we found is that if you look at the raw gap between what men and women are paid in Hollywood at that “superstar” level, it’s an over $2.4 million difference. If you then throw all of the economist “bag of tricks” at it to try and figure out why – everything from how many Twitter followers they have to how long they were involved in the profession, to how much time their filming took, what stunts they did, and all kinds of other things – we can get that “down” to about $1 million.

So, all other things being equal, there’s still a $1 million pay gap. The only difference is the gender of the actors.

Well, that’s an interesting question. That’s the first interpretation, that it’s the gender of the actors. But let me try to be a bit more specific about what might be going on.

One of the things that’s harder to explain is that males earn much more in an adventure movie than women do. That’s interesting: Does that mean that the viewing public, when they see an adventure movie, like a male lead more? I’m not saying that the answer is yes, but I’m saying that it’s a potential explanation for what we find.

Can you talk about your methodology? What did you control for?

Our sample was really limited to the stars. We have observations on about 300 or 400 actors, some of them viewed more than once. We mined data from IMDB.com and Box Office Mojo.

One of the interesting things we were able to do was look within films. We would look at the same film and it would have a male and female actor in it. We were able to, within that film, adjust for differences, as we mentioned with stunts and time they spent on the movie, but also the actors’ whole track record of previous box offices (earnings) up to that point, which might be an indicator of their productivity or their success. So we were able to control for that.

Did you find ways to mitigate the pay gap? One of your coauthors suggested that studios and actors should try making their contracts public.

This is a suggestion and it’s currently being studied by many different economists, which is to what extent do gender earning gaps diminish when information is public. At this point, I don’t think there’s a firm answer, but it is a possible way.

One of the things that’s interesting in Hollywood is that the stars don’t typically negotiate their own contract. They have agents. Often, the agents for the males and females are the same, or the same companies, at least.

Exactly. One of the things you often hear about other labor markets is “women are not assertive,” or “women are not asking for raises,” or “women are not putting their best foot forward,” and so on. But if it’s the same agent who has the standard Hollywood contract where they get the same percentage slice of (the star’s earnings), they have every incentive to get as a big a contract for Amy as they do for Tom.

What makes studying Hollywood different from studying other labor markets?

Hollywood is an interesting case study. One of the things we also often hear about as to why women don’t do as well in the labor market is that they have family duties and they don’t like to travel and they can’t be as committed to the work. But when a female lead and a male lead are in the same movie in the same remote location missing the same number of days away from home, none of that really applies. The fact that the work is so comparable, that it happens in the same place at the same time, that the people do it together, makes it a little bit different.

Did any of your findings surprise you?

Much of the concern by the female actors was not just what they were paid, but in how short their careers were relative to men. What was implied there … is a differential ageism having to do with perceptions of beauty. Older male actors can still be distinguished and good-looking, and the feeling was that maybe Hollywood was not willing to let older women be those things.

We tried to explore that a little bit in the paper. The first thing we found was that if female actors are going to be a star, they tend to become a star more quickly. Also, that those women who persist as successful stars late into life are not hurt more later in life in terms of earnings. Meryl Streep does no worse now than she did 20 years ago relative to her male colleagues.

Did you actually watch movies as part of your research?

My wife would have loved to see these movies, but it turns out I’m not a huge movie fan. I was more attracted to the labor market than the movies.