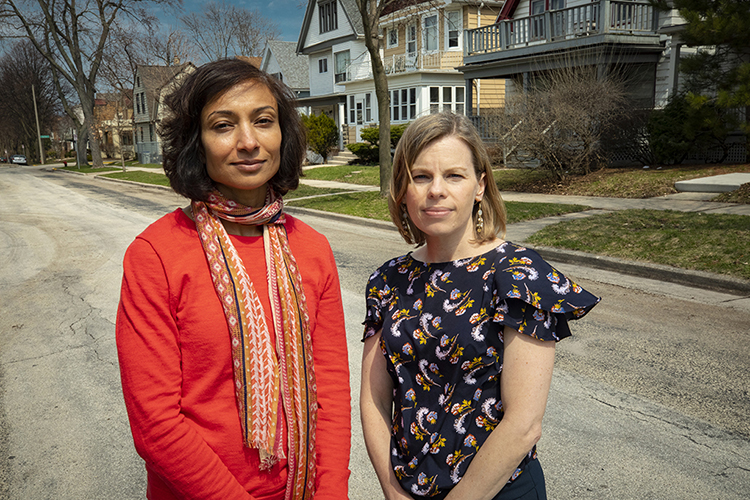 The foreclosure crisis that accompanied the Great Recession had an unexpected consequence in Milwaukee County: It exacerbated political inequity.

A study conducted by researchers at UW-Milwaukee and Marquette University found that county homeowners facing foreclosure or those who had lost their homes during the economic downturn were less likely to go to the polls in the 2012 U.S. presidential election.

In fact, the study not only found a decline in voting at the level of individual homeowners, but also evidence that it occurred in whole neighborhoods that were hard hit by foreclosures, said Paru Shah, UWM associate professor of political science, and Amber Wichowsky, an associate professor at Marquette.

Regardless of race, income

The two researchers also found that foreclosures depressed voter turnout regardless of race or income level, and it was unrelated to affected homeowners’ likelihood of voting in previous elections.

“This means that elected officials were not hearing from constituents most directly affected by the foreclosure crisis, effectively quashing a very real issue for most voters,” said Shah.

While other studies have investigated the effect of unemployment on political participation, this study was one of the first to measure the effect of foreclosure on voting.

Using public voter information matched to a database on individual foreclosures countywide, Shah and Wichowsky determined that foreclosure or the threat of it decreased political motivation.

“Rather than being a mobilizing force, the study’s results pointed to this idea that people facing insecurities didn’t have the efficacy to go to the polls,” said Wichowsky.

The study has left several avenues open for further study.

For one, the association between foreclosure and suppressed voting in communities was less clear cut than for individual homeowners. Shah and Wichowsky’s results showed that neighborhood housing blight depressed turnout mostly in middle-class neighborhoods. The authors believe a more refined analysis is needed on how factors related to housing insecurity drive community impacts and contribute to political inequality.

Of course, sometimes economic adversity is politicized in ways that boost voting participation. More research is needed to determine the efficacy of grassroots mobilization. One example of that is the community organizing around the foreclosure crisis in Milwaukee’s Sherman Park neighborhood, an area with some of the region’s highest rates of black homeownership.

Spearheaded by Common Ground, an affiliate of the Industrial Areas Foundation, the efforts have resulted in hefty investment in the neighborhood to help rehabilitate foreclosed properties and provide housing.