A traveling exhibit that examines the history of social and political movements through architecture is making a stop at UWM’s School of Architecture and Urban Planning.

“Now What?! Advocacy, Activism & Alliances in American Architecture since 1968,” opened Feb. 4 in the first-floor gallery of the Architecture and Urban Planning building following previous showings in in Atlanta, Chicago, Los Angeles, Montreal, New York and San Francisco, as well as abroad in Stockholm. 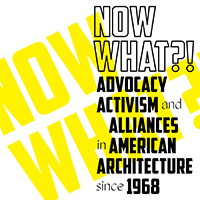 The exhibit tells what organizers say is the largely unknown history of how architects and designers have responded to the major social movements over the last five-plus decades, while also encouraging public debate and dialogue. The civil rights, LGBTQ and women’s movements affected every facet of U.S. society, including architecture and design.

“Particularly in light of the activism we’ve seen in the last two years, it’s important to commemorate this half-century of advocacy and let today’s viewers learn about the often forgotten narratives of activist designers who have come before them,” said Lori Brown, president and founder of ArchiteXX. She is co-curator of the exhibit.

Sponsored by the Wisconsin Preservation Fund and the law firm Reinhart Boerner Van Deuren, the “Now What?!” exhibit will be on display at the School of Architecture and Urban Planning through April 29.

“We are at a critical moment in the discipline and profession of architecture, where the influence of past actions can help chart a course forward for our students,” said Mo Zell, the school’s senior associate dean. 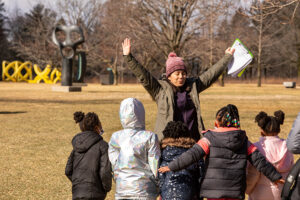