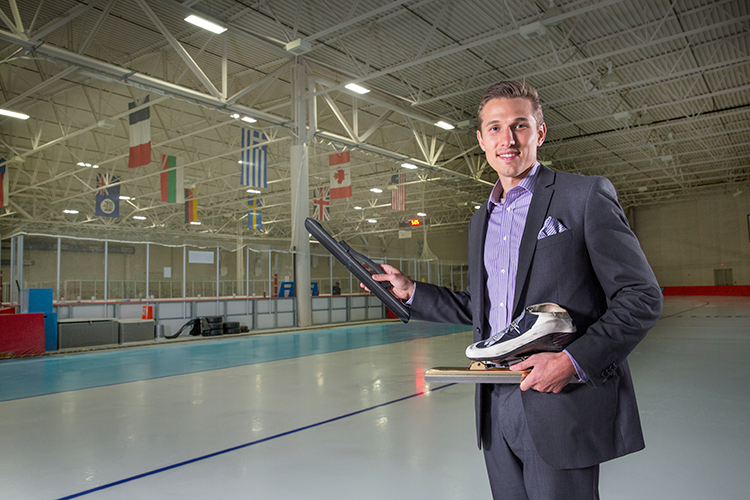 As a former U.S. national speed skating team member, Brent Aussprung has developed a product that can improve a skater’s speed time by moving between a traditional skate, and a clap skate. Aussprung’s skate increases performance in acceleration and stability at the start of the race as well as during, while maintaining competitive velocities. This invention allows ice skaters to benefit from the advantages of a traditional rigid skate, at the start of the race, but also a clap skate, as it transitions while racing for improved speed and stability.