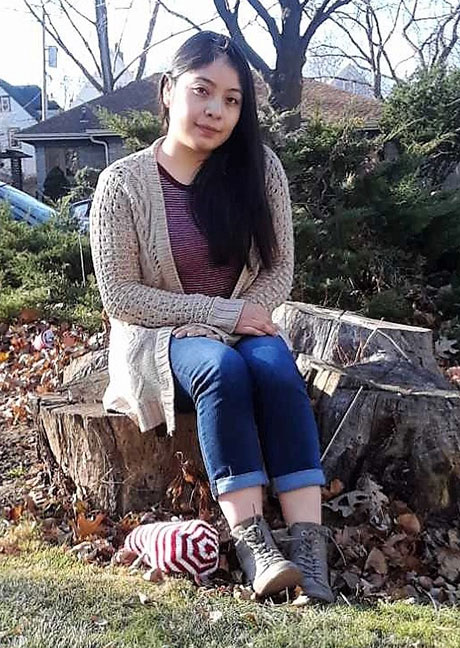 Viridiana is an Information Science and Technology major, and her minors are German and Spanish. She has been studying German for 4 years now, and she first started learning the language in high school. Viridiana is a senior, and she is currently preparing for her study abroad adventure in Germany!

We have asked Viridiana to share her experiences with learning German with us, and here is what she had to say:

How did you first become interested in foreign languages?
Taking a foreign language was always encouraged in school, so that was the first push to even consider one. In addition, Spanish is my first language, and I think being trilingual or learning more than one language is awesome.

What motivated you to learn German?
There was something about German that always appealed to me in middle school, and reading books containing bits and pieces of the language, as well as having a high interest in the history of the world wars, increased my attraction to the language and culture.

How has learning foreign languages, and German in particular, impacted your academic and/or personal life?
Learning a language in general has and will continue to expose me to diverse groups of people, new forms of communication, information, and lifestyles. For example, English was my first foreign language, and it of course influenced all aspects of my life such as academics, jobs, and personal relationships since it is the primary language spoken in the United States. As for German, I simply continued it in college out of pure personal interest and it wasn’t until my second semester at UWM that I began to learn ways to integrate it in my life, such as including it in my career. I am studying Information Science and Technology, a field in which Germany is a world leader, and I therefore chose the German minor. Also, I became aware of German influences in my own culture, for example on a Mexican music genre called Norteña. And although he was only recognized by European powers, Maximilian I of Mexico was an Austrian archduke acting as Emperor. There are also important Mexican figures with German descent such as Frida Kahlo, and there is a long history of German immigration to Mexico. In addition to learning more about these connections, the simple fact of studying German has helped me bond with individuals that I wouldn’t have met otherwise.

What do you like about learning German?
The thing that I enjoy most about learning German is being exposed to so many other resources and information, especially since German is the language of many of the world’s most influential figures such as Karl Marx, Goethe and Kafka, Mozart, Bach, Schubert, Beethoven, Albert Einstein, and Pope Benedict XVI, to name only a few. Also, even though many consider German to be a harsh language, I enjoy finding the beauty in it, for example in German expressions and words that I love, such as Schmetterling, Himmel, Herz, Blumen, Liebe, and countless others.

What role do you think German will play in your future?
I currently study in a field in technology, and I believe that German will greatly contribute to it somehow. After all, Germany is a place of technological advancements and an economic powerhouse!

What is your next step in learning German? What do you hope to achieve?
My next big step in learning German is going abroad to Germany and earning credit towards my German minor. I hope to achieve a better handle of the language especially verbally, as well as attain a good grasp on the German culture and heritage. Further in the future, I hope to attain a job in the IT field in which I can utilize my German language skills.

What advice would you give someone who is just beginning to learn German or a foreign language in general?
A piece of advice that I can give someone is that when a time comes where things get rough, just hang in there as the benefits of learning a language will always outweigh the difficulties. Also—reach out to the instructors and staff in the program—they are there for your benefit so approach them with any questions, concerns, or comments. Also, learn your vocabulary!! I personally have a hard time with this one, and I can tell you that things are difficult when I am not prepared.

Do you have any other comments or thoughts about your journey with German that you would like to share?
I would like to thank the German Program for its support to all of us students learning anything German on campus. You guys have been the most supportive and engaging people I have encountered at the university. I truly appreciate that. 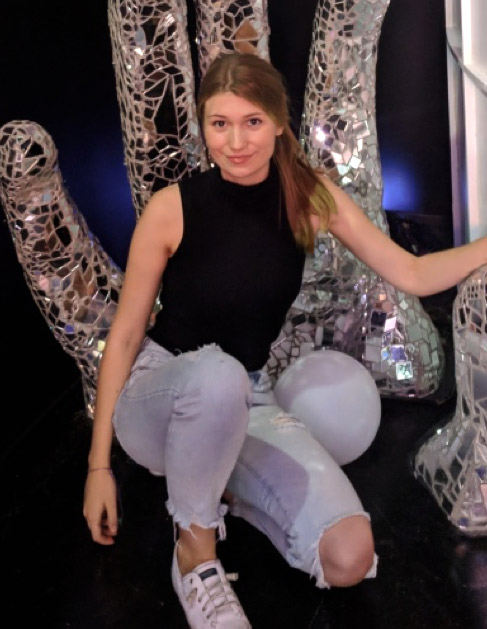 Ava graduated from UWM in 2018 with a degree in German and Global Studies (Management). She learned German in school and college for about 8 years, and in Spring of 2017, she spent a semester studying abroad at the Justus Liebig Universität in Giessen. We have asked Ava to tell us about her experiences with learning German, and to talk especially about her semester abroad. Here is what she had to say:

How did you first become interested in foreign languages? What motivated you to learn German?
It’s hard to say now what the very first thing that drew my attention to learning German was because as I have studied it, I have found more and more things I appreciate. I love the importance placed on the arts. I appreciate the open minded and direct approach I have noticed from many Germans. I really like how the language sounds, and I admire the precision of grammar.

I speak English, German, and some Serbian.

What has your experience in the UWM German Program been?
My experience with the UWM German Program has been 10/10 from the start. I genuinely liked all of my professors and their teaching styles. Some highlights from my courses were reading Heiner Müller’s Hamletmaschine, Dürrenmatt’s Die Physiker and Besuch der alten Dame. I also enjoyed participating in the German Club and going to Filmabende.

Why and when did you decide to study abroad?
I had studied abroad in Germany during high school and loved the experience. I made friends during that trip that I still have to this day. From then on, I wanted to go back. When I picked my second major (Global Studies) I found out it was a requirement. Perfect.

Particularly appealing to me was the chance to practice my speaking with natives, and also explore a different country. I had doubts about logistical things, such as finding housing, but overall, I was pretty excited to meet people and take part in the experience. I wasn’t too nervous since I had been there a few times before. I thought that the experience I had my first time abroad would be a pretty good indicator that I could have a fulfilling experience again, and I did!

How did you choose the right program for you? What factors did you find most important when deciding between the different options?
Dr. Wipplinger recommended the program I chose. I told him I wanted to go primarily to learn the language, and he recommended Giessen because it is a small student town with many chances to interact with native speakers and other foreigners learning the language in a relaxed atmosphere.

Once you were accepted into the program of your choice, how did you prepare for your time abroad? Is there anything in particular that you did, that you wish you had done or wish you had done differently?
I tried to prepare very early in advance. I mean like a year in advance. Do not do this. Do not try to figure out logistics or pick specific classes a year in advance. It just causes stress and doesn’t help you. Relax. The only thing you shouldn’t wait until the last minute for is packing. Do keep your language skills sharp, but don’t stress too much. There will be people more and less fluent than you, and there are lots of options for help.

What were some of the challenges you encountered while studying in Germany, and how did you approach them?
The challenges I was met with in Germany were challenges I would have also faced at home. Definitely have fun, but don’t be naïve. It’s your study abroad trip and you’re going to have a blast but remember to be aware of your surroundings.

Public transportation is significantly simpler and more coherent in Germany than it is here.

Class expectations involved less emphasis on homework and more emphasis on tests. While travelling within Germany I found some dialects to be almost totally incomprehensible. That made German seem even more foreign! Beer in the cafeteria also seemed pretty foreign to me.

What do you consider some of the most rewarding experiences of study abroad?
You will have to find out for yourself :).

Your most rewarding experiences will be different than mine or someone else’s.

How do you think your study abroad experience will impact your future?
Employers seem interested. I get asked about my experiences all the time in interviews!

What would you tell someone who is considering going abroad but is worried about the investment in time and money?
It is expensive and time consuming. There is, however, financial aid available as well as grants. For example, I received about $1,500 by signing up for a grant. That’s all I had to do, no special requirements. Go to a financial aid planning session! Get those questions answered.

The investment of your time abroad is an investment in yourself. The things people say about it are true. It will make a big impact on your life, you will have experiences that help you grow and push you out of your comfort zone…

If you are interested in study abroad, please check out the detailed information and further links on our website https://uwm.edu/german/undergraduate/study-abroad/.