The Black swallowtail is one of the earlier-seen of the butterflies that do not actually overwinter as an adults (Mourning Cloak, Angle-wings; featured in an earlier BOTW). Black swallowtail males (which, like many butterfly species are smaller than the females) often appear in late April and early May. The female is larger, lacks the yellow on the wings and has a blue wash above the tails.

Another name for the Black Swallowtail is the Parsley Swallowtail, because the larval food plants are mainly in the carrot/parsley family Apiaceae. The caterpillar in the photo was on Queen Anne’s-lace. Black swallowtails have benefited from the increase of gardens and agriculture and is declining in spots where agriculture is on the wane and forests are returning. The adults really like nectaring on clovers. 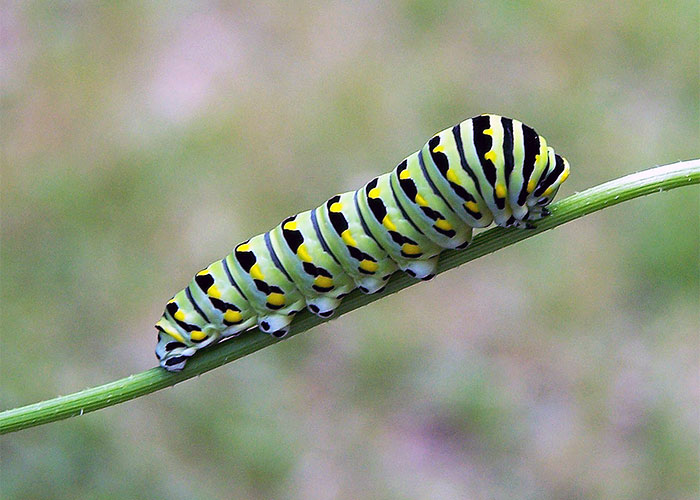 Like zebras, Black swallowtail caterpillars use a disruptive pattern; in the broken sunlight, it’s hard for predators to discern their true shape. In a pinch (or—when pinched…), it can emit a noxious odor. Pupae that overwinter emerge in May; the second brood of the summer spends only 9 days in the pupal case.

The Black Swallowtail on the gravel has its proboscis extended; butterflies pick up minerals from the clay. 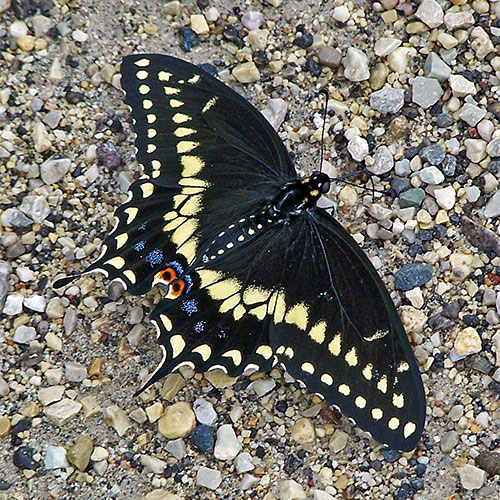 Tiger Swallowtails are among the largest butterflies around, reaching 5” in wingspan. Black Swallowtails have yellow spots on the body; tigers have a yellow streak along each side of the thorax and abdomen in both morphs. The Tiger’s larval food plants are trees of woodland openings like poplar, basswood, cherry and ash. Tiger swallowtail caterpillars have two big eyespots toward their rear, all the better to scare predators with, my dear. 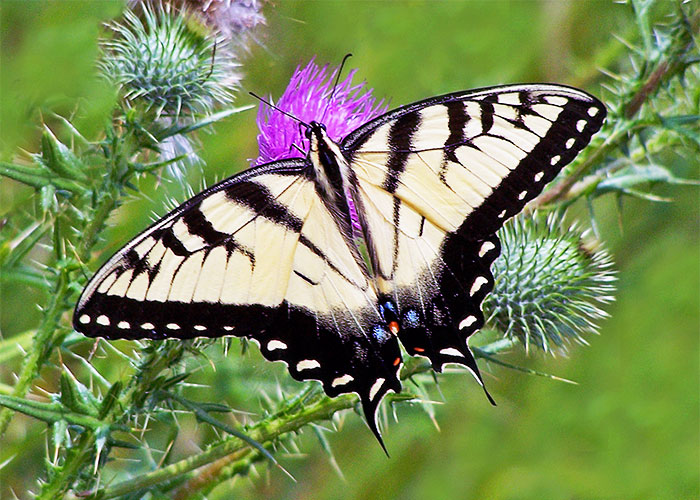 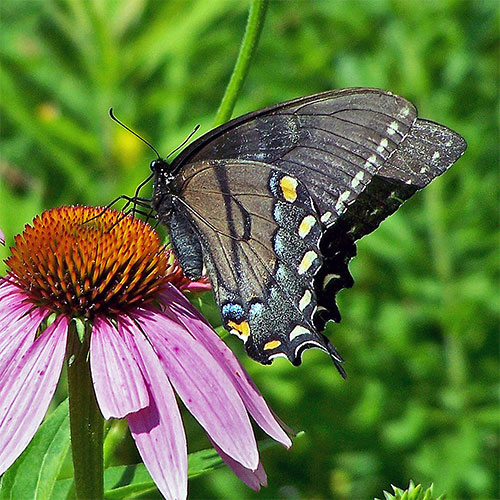 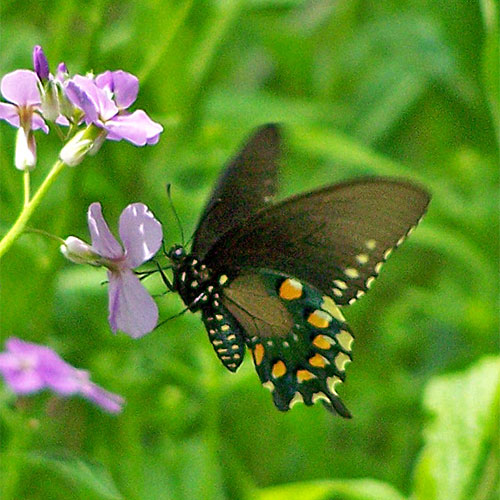