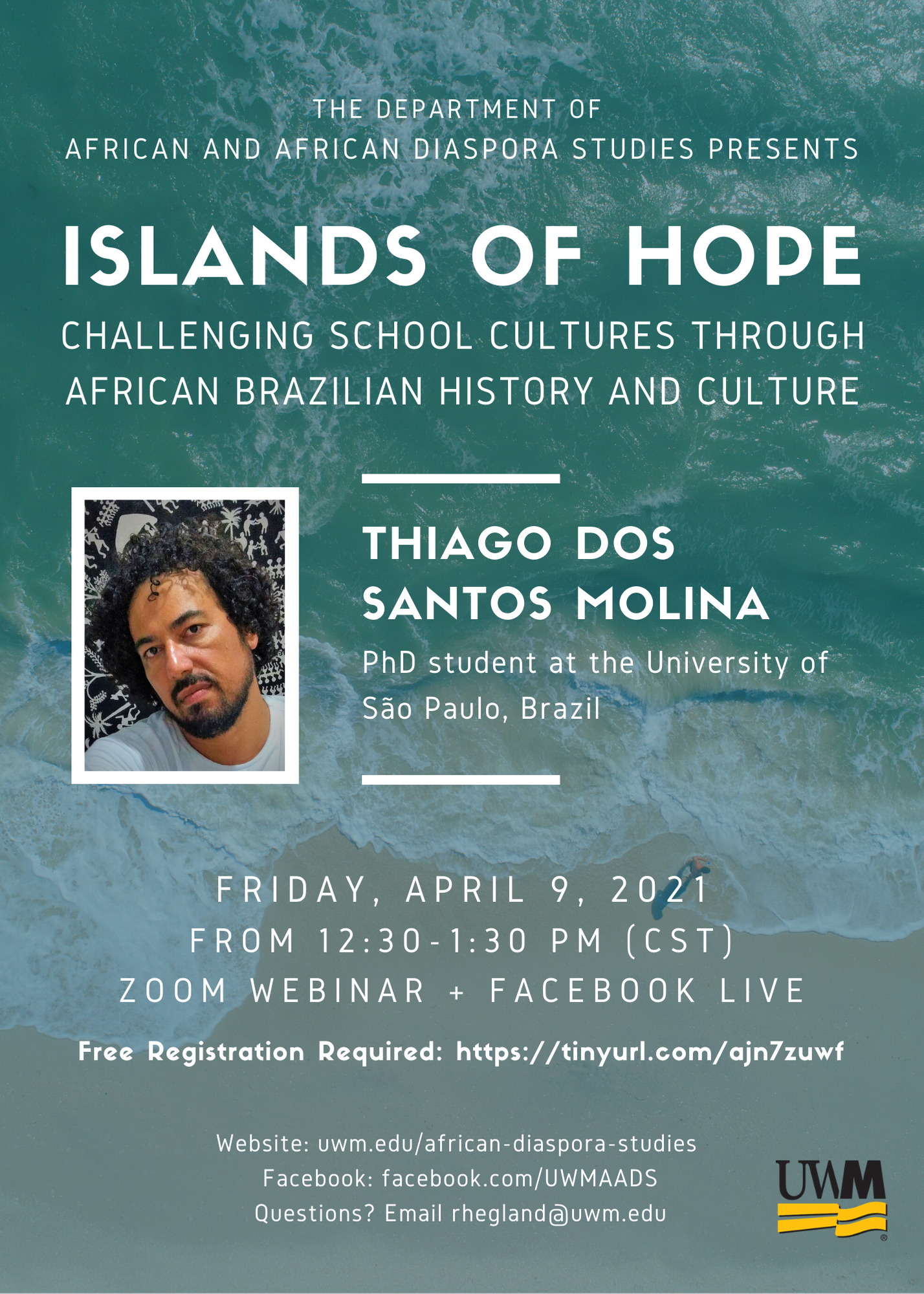 Abstract:
This webinar presentation will address the relevance of issues related to culture for Black children over the course of their schooling process and the changes in school culture instigated by the teaching of African and African Brazilian history and culture. It analyses three educational projects in the city of Salvador, Bahia, northeastern Brazil, which have in common the objective of promoting Black identity and raising self-esteem. The approach of this study is analytical-descriptive, qualitative, and inspired by ethnographic techniques for data collection in the field.

The first case was the Political Pedagogical Project Irê Ayó, at the Eugênia Anna dos Santos Elementary School, which dates to 1999. Located in the territory belonging to Ilê Axé Opô Afonjá, an important African Brazilian candomblé community, this public school adapted myths of the African oral tradition in written texts to contextualize their classes and relate the community’s culture to the school curriculum. However, during the research, we found that the building occupied by the school was built to house the Oba Biyi Mini Community, the second case. Developed between 1974 and 1985, it aimed to complement formal schooling for children who dropped out of school after suffering racism and religious intolerance.

Despite the temporal distance, some characteristics were founded in both projects: the explicit objective of building a pedagogical practice based on African Brazilian history and culture, mainly on Yoruba traditional myths; the teaching of mandatory content in the school curriculum (in all areas of knowledge) is linked to the drama of the mythical narrative, bringing the school closer to the culture of the community; the results of the educational process inspire artistic presentations and exhibitions, which, in turn, provide the community with different ways of re-elaborating their own culture.

In addition, the similarities between the projects were repeated in the difficulties they faced, such as: the lack of knowledge the teachers hired by the municipality had in relation to African Brazilian and African history and culture; and, even after in-service training, the difficulty of understanding the mythical narratives of oral tradition as a “philosophical foundation” within the scope of these pedagogical practices.

Currently, the focus of this research is a case of the Schoolof Parque São Cristóvão and its Projeto Baobá. Inaugurated in 2006, the experience of this institution shares the virtues and problems described above, while also having common theoretical references, such as Mestre Didi, Muniz Sodré and Vanda Machado. Nonetheless, this institution expanded their repertoire of textual genres beyond Yoruba myths, including songs, films or other genres that brings to the classroom the cultural and historical experiences lived by Black people.

Finally, comparing these projects from the theoretical framework to the teaching practice, there is a desire to deconstruct the coloniality of knowledge impregnated in Brazilian school cultures and, in addition, the resistance they have faced over the years explains possible dialogues, contradictions and conflicts in the relationship between school culture and African Brazilian culture and their results can be seen as islands of change for the colonial reality.