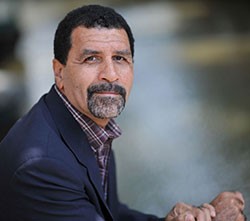 UWM Department of Africology is pleased to sponsor a public lecture by Stephen A. Small of the University of California, Berkeley entitled, “Public History and Reparations: Social Mobilization and the Legacy of Slavery in the African Diaspora today.” Stephen Small Event Flyer 2015

Professor Small’s talk will center on public history, museums, memory, and the legacy of enslavement. Through his work on representations of slavery in museums in the United States, the United Kingdom, and the Netherlands, Prof. Small will examine how Black populations and their supporters continue to mobilize around reparations, and how the exchange of diasporic resources provides sustenance in the struggle to decolonize the mind.