AADS Associate Lecturer, Dr. Robert “Biko” Baker recently participated in a group discussion with advocates and experts, including Drs. John Powell and Manuel Pastor, that focused on universal basic income and other economic alternatives. The discussion entitled, “Convening on the Challenge of Automation and the Opportunity for a Society Where All Belong,” was convened by the Othering and Belong institute at UC Berkeley and The Gerald Huff Fund for Humanity on July 1st, 2020.

The purpose of the discussion was to envision and chart a path to a future where:

The participating stakeholders will become the core of a coalition to advance their shared vision and approach. 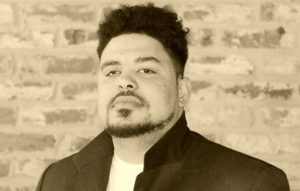 Dr. Biko Baker is Rob “Biko” Baker is the Executive Director of the
League of Young Voters, and a nationally-recognized leader. Baker is a pioneer in running city-level, data-driven voter turnout campaigns that dramatically increase the voter participation of young urban citizens. A leading voice on field campaigns targeting young African American voters, Baker serves on CIRCLE’s research advisory board and is a board member of the New Organizing Institute. He is a well-known communicator around elections, as well as cultural and political issues including gun violence and voting rights. In addition to being a former contributor to The Source, he has appeared on C-SPAN, Fox News and CNN. A popular and powerful speaker at conferences and events, Baker has interviewed luminaries Cornel West, Russell Simmons, and Howard Dean, and has been on panels with many of the nation’s strongest progressive voices. Baker holds a Ph.D in History from UCLA.