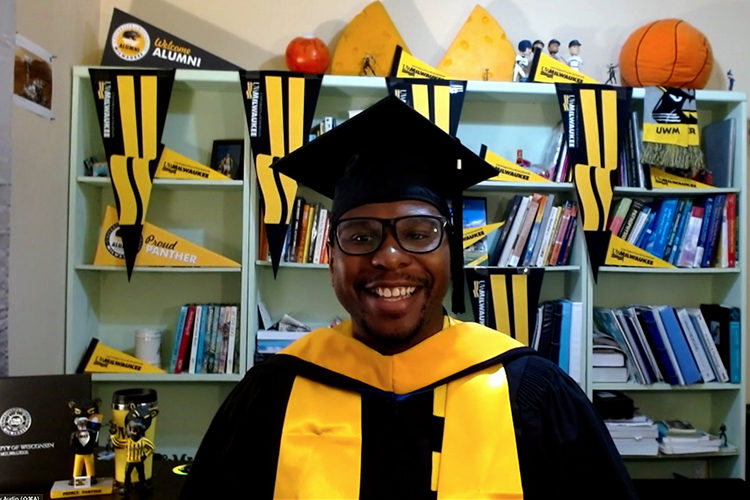 UWM alum Darian Dixon, a spacecraft operations engineer for the Mars Perseverance rover, shares his story of growing up in Milwaukee, not too far from UWM. Dixon recalls sitting in a small bedroom with almost every inch of the walls covered with glow-in-the-dark stars and planets; now he actually works among the stars and planets. He also remembers well the conflicting feelings that accompanied his 2015 graduation, including intense doubt. In this keynote speech, he offers advice to UWM’s newest graduates as they, too, continue to follow their dreams.

Dixon earned his BS in geosciences from UWM in fall 2015 and moved next to Western Washington University in Bellingham, Washington, where he earned an MS in planetary geology in 2018. He now plays a key role on NASA’s $3 billion Perseverance rover, which landed on Mars in February. His duties involve guiding the two Mastcam-Z cameras, which are part of the rover’s array of nearly two dozen cameras. They’re capturing panoramic stills to help scientists learn more about the planet’s atmosphere, landscape and soils.