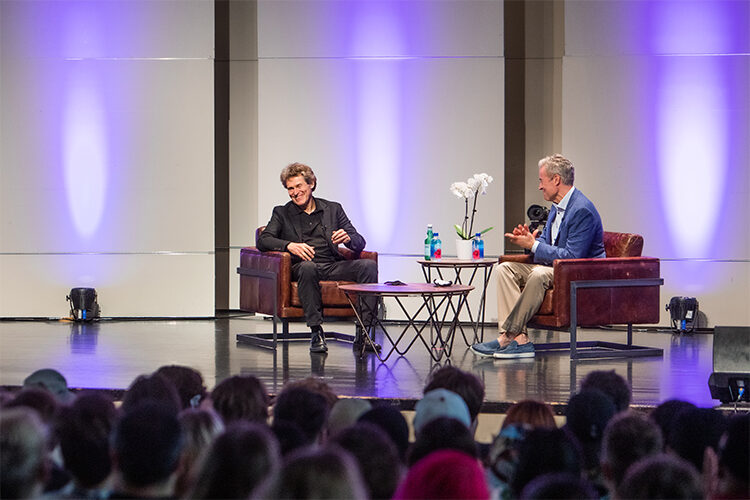 Acclaimed actor and director Willem Dafoe talks about his career and craft during an interview and Q&A with students at the University of Wisconsin-Milwaukee on May 21, 2022. The arts “humanize us,” Dafoe says. “They allow us a way to think about how the world can be better. When we watch films, we learn how to live from them. Generally, the arts force us to reconsider ourselves.”

Dafoe studied theater at UWM for two years in the 1970s before leaving to become part of Theatre X, a faculty-student workshop that grew into an independent experimental theater company. Some of his first acting work came on UWM stages, where he appeared in Jean Racine’s “Phaedra” and Eugene O’Neill’s “A Moon for the Misbegotten.”