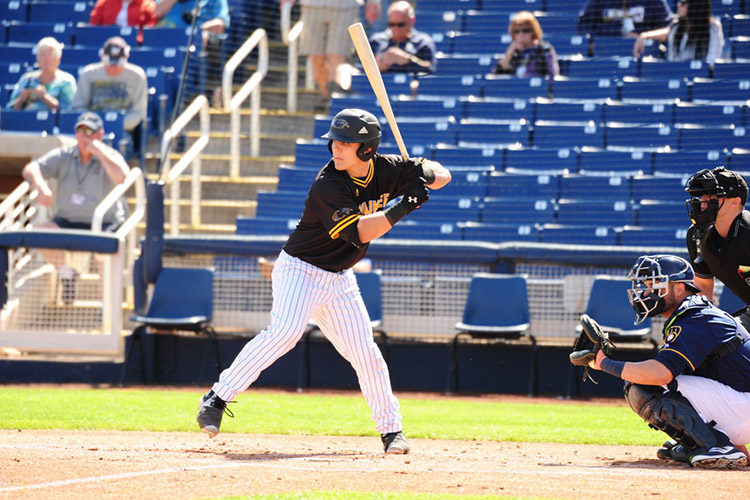 Daulton Varsho capped a stellar career at UWM in 2017, then became the highest-drafted player in program history when Arizona took him with pick No. 68 in the MLB draft. (Milwaukee Athletics photo/Scott Paulus)

The Arizona Diamondbacks called up Daulton Varsho on Thursday, making him the first UWM alum in major league baseball.

Varsho became the highest-drafted player in UWM program history when Arizona took him with pick No. 68 in the 2017 MLB Draft. He joined the Diamondbacks in time for the team’s home opener against the Los Angeles Dodgers. He got into the game as a pinch-hitter in the ninth inning, drawing a walk.

“It was a dream come true,” Varsho told ArizonaSports.com about getting called up. “It was after our game last night at Salt River. (Reno Aces manager) Chris Cron called a meeting with all the players. I actually thought it was going to be a new thing about protocols, about mask-wearing. But he told me I was getting called up and it was a pretty cool opportunity because I didn’t see it coming. It was really cool.”

“One of the most athletic catching prospects in the game, Varsho has an exciting blend of offensive and defensive tools which should serve him well whether he sticks behind the plate or moves to the outfield,” Baseball America said.

A catcher, Varsho is considered a very good hitter, with athletic ability that will allow him to play outfield as well.

The Diamondbacks hope Varsho can help the team’s struggling offense.

“This has been a call-up that a lot us have been looking forward to but it’s extremely well-deserved for Daulton,” Diamondbacks manager Torey Lovullo told ArizonaSports.com.

He was the first catcher in Double-A or Triple-A to steal 20 bases in a season since at least 2006. Varsho had 42 walks and just 63 strikeouts.

Varsho played for the Panthers starting in 2015, capping his UWM career by being named to the All-American second team. He had an impressive junior campaign in 2017, leading the Horizon League in batting average (.362), slugging percentage (.643), on-base percentage (.490), triples (6) and walks (46), while also finishing fourth in total bases (128), fifth in hits (72), sixth with a team-high 11 home runs and seventh in runs scored (47).

In all, 23 UWM baseball players have been selected in the major league draft, including two last year. 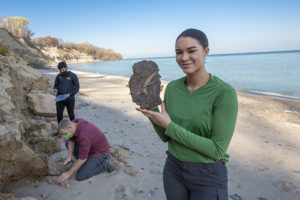