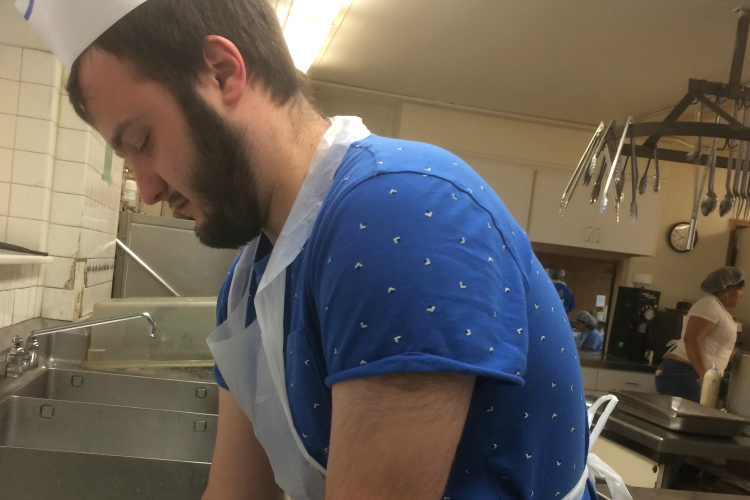 It’s 7:30 a.m. on a Friday, and it’s hot inside the basement kitchen at St. James Episcopal Church, where Dakota Crowell and a few other University of Wisconsin-Milwaukee students are preparing a meal. It will be served to roughly 200 people in Milwaukee who have no home.

Every Friday morning, UWM’s Center for Community-Based Learning, Leadership and Research provides transportation for UWM students to volunteer with The Gathering, a nonprofit organization that specializes in providing meals to the homeless, largely with food donated from local businesses.

Crowell grew up in the small, northern Wisconsin town of Wittenberg, where he didn’t know much about the issue of homelessness, let alone personally encounter it. Then he moved to Milwaukee, and about two years ago, he began working at CCBLLR, driving students to volunteer in the St. James kitchen.

“It’s really been a learning experience,” he says. “It’s been really helpful to break down the stigma of stereotypes of homelessness.”

Many people associate homelessness with drug addiction and mental illness, but Crowell has found that sometimes, all it takes is a “little slip” for someone’s life to get beyond their control.

As the 8:30 a.m. mealtime draws closer, the kitchen bustle intensifies. Sophomore Alyssa Torrez, who plans to major in social work, is in the back stacking loaves of bread.

“We’re doing something bigger than ourselves,” Torrez says. “We get caught up in our lives a lot, and we don’t really think about giving back to the people who need it most.”

Zaya Tuvshinbayar is originally from Mongolia, and the junior is an exchange student from Japan. She says can’t remember seeing any programs like The Gathering prior to coming to the United States, but now that she’s worked there, she wants put that experience toward helping others in the future. 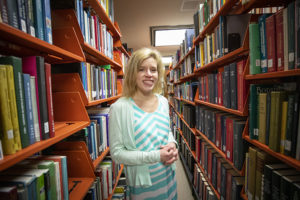