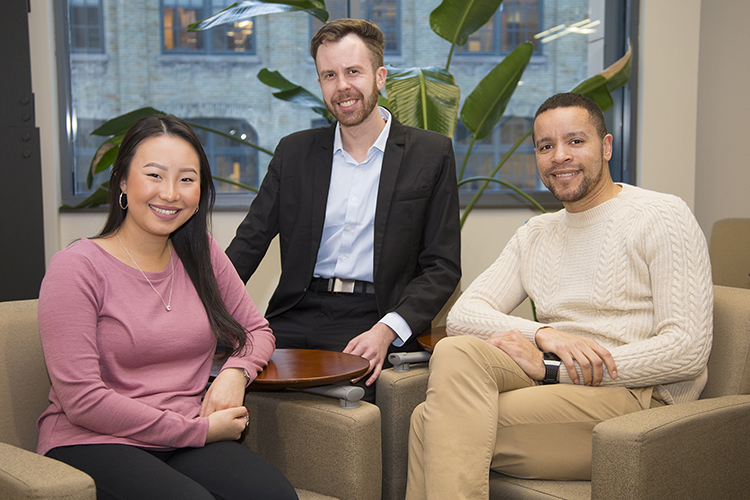 The use of e-cigarettes among Wisconsin’s high school students is at an all-time high, according to the state Department of Health Services.

Vaping, with its candy- and fruit-flavorings, attracts children who otherwise would not try conventional cigarettes, leading to increased nicotine addiction in middle and high school kids. This would be a public health issue by itself, but e-cigarettes have no excise tax like traditional cigarettes and retailers selling them do not have to have a license.

For the American Lung Association’s Partnership for a Tobacco Free Wisconsin coalition, advocating for more restrictions on tobacco is a heavy lift, and the association benefits from a partnership with faculty and students from UW-Milwaukee’s Zilber School of Public Health. In their most recent collaboration, students write policy briefs to address tobacco prevention problems like the youth vaping epidemic, said the lung association’s Darcie Warren.

Writing a policy brief — a condensed summary of facts and recommendations based on current research — requires the specialized skill set that public health students are developing. So Warren was immediately interested when Linnea Laestadius, a UWM assistant professor of public health, offered to have graduate students focus on these issues.

“I was interested to know if the academic literature uncovered in the students’ research would align with our goals,” Warren said, “and the students’ work confirmed that.”

“Policy briefs are a way for people to make a credible pitch for change and, if the research is done well, it will guide you,” said Langston Verdin, a public health graduate student who was one of four students who wrote a brief on vaping for the American Lung Association. His collaborators included urban studies student Nelson Sederstrom, public health student Angela Thao and nursing student Linda Xiong.

“This project was great for me because I could work on a topic in class that I also work on in my job,” said Verdin, who is employed full time as a program leader at the Children’s Health Alliance of Wisconsin. “The alliance manages seven different initiatives related to child health, partnering with hundreds of other organizations. And one of the projects I lead is the Wisconsin Asthma Coalition.”

The experience gave the students the chance to dig into a real-world public health problem and see the results, Warren said.

For example, the group’s policy brief recommended taxing e-cigarettes as a way to curb their use by youth. The brief also recommended licensing vape shops and increasing funding for tobacco prevention programs.

Notably, Gov. Tony Evers’ recently proposed budget includes a new e-cigarette excise tax, and an additional $3.2 million for cessation programs such as the Wisconsin Quit Line. Information the students uncovered in their research points to how essential the funding is. They found that, even if this proposed increase is supported by the state Legislature, Wisconsin would still be funding tobacco prevention and control programing at just 15 percent of what the Centers for Disease Control and Prevention recommends.

Through their research, the students learned a lot more about how serious tobacco disparities are, said Laestadius, who also has offered student help in producing policy briefs for other organizations, such as the Milwaukee Health Department and Community Advocates. The students also learned the importance of clear communication in policy work, she added.

‘The pressure was on’

Verdin said that he has read policy briefs from other organizations, but this was his first experience producing one.

“Because we were working directly with Lung Association, the pressure was on to do a thorough job,” he said. “You want to make sure the contents of the brief stand up to criticism.”

Because of the students’ impressive work, the association plans to host two master’s students from the Zilber School as interns this summer, Warren said.