Only a small percentage of breast cancer cases can be linked to heredity, and many of the genes with ties to the disease are unknown.

But findings from a new study point to probable new genes for susceptibility.

An international team of researchers, including Paul Auer at UW-Milwaukee, has recently identified 48 genes associated with a woman’s predisposition to breast cancer – 34 that were implicated in previous research and 14 new genes.

Led by Lang Wu at the Vanderbilt University School of Medicine and Wei Shi at the QIMR Berghofer Medical Research Institute in Australia, the work included nearly 200 researchers. It was published online in the journal Nature Genetics on June 18.

Using data science models that predict gene expression in breast cancer tissue and data from The Cancer Genome Atlas, the researchers looked at 229,000 subjects of European ancestry, some with cancer and some without.

Researchers further investigated the genetic pathways involved to uncover biological processes that may go awry during breast cancer development. In laboratory experiments, they found that when some of the genes were “silenced,” breast cancer cells failed to grow.

This big data statistical detective work is becoming an increasingly important part of health care as researchers comb through genetic information and large-scale, long-term compilations of medical records to establish links between genes and disease, said Auer, an associate professor of biostatistics at UWM’s Zilber School of Public Health.

“This paper demonstrates how a new statistical technique can be used to identify genes related to the genetic predisposition to breast cancer,” he said. “The results from this study contribute to a deeper understanding of the genetics and biology of breast cancer and could lead to improved preventive and therapeutic strategies.”

Auer’s data science expertise is often conducted in collaboration with larger teams of researchersto analyze millions of genes to try to isolate variations that are linked to disease. Besides breast cancer, he has applied mathematical tools to sort the ocean of human genomic information for links to heart disease, obesity and sickle cell anemia. 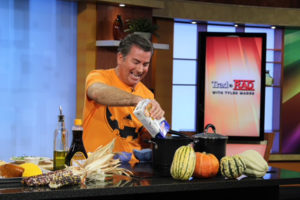