Standing desks are all the rage in office buildings. Perhaps they should be in classrooms, too.

Studies of adult office workers suggest more frequent movement during the day, even if it doesn’t rise to the level of exercise, counters the negative health effects stemming from long intervals of sitting. “I’m sure you’ve heard before, ‘Sitting is the new smoking,’” says Ann Swartz, UWM Department of Kinesiology chair and an exercise physiologist who researches activity in adults and seniors.

Swartz and graduate student Nathan Tokarek explored whether the benefits of standing desks extended to elementary school kids. They found positive effects on two fronts: an increase in physical activity during waking hours and better concentration in the classroom for younger students.

The yearlong pilot study followed 100 students at Shorewood’s Atwater Elementary School who agreed to use a standing desk in the classroom for one semester. Students also wore an accelerometer – similar to a Fitbit – to measure their activity throughout the day, both in school and at home. Finally, they took tests to measure their cognitive focus. 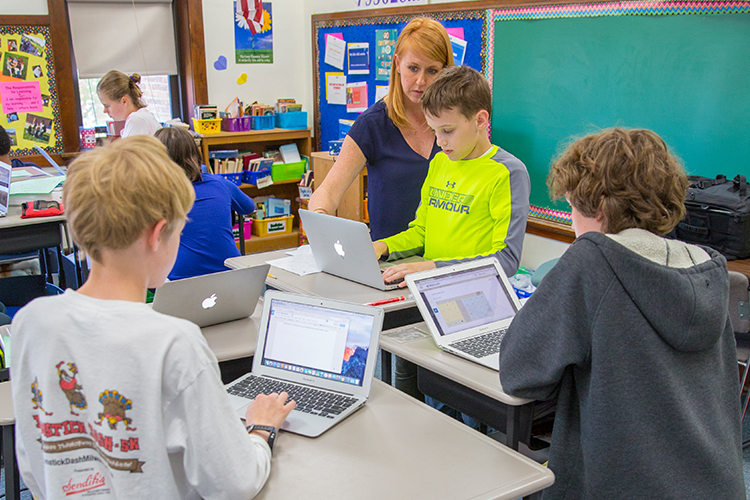 All grade-school children’s physical activity drops greatly at the beginning of each school year, but for students who used a standing desk, that decrease was slightly diminished. In addition, no students reported feeling tired from using a standing desk.

Preliminary findings on focus were mixed. Third-grade participants demonstrated significant improvements in attention and inhibitory control compared to their sitting peers. However, fourth- and sixth-graders did not show improvement.

“This research topic is so new that our contribution, even though it’s a pilot study, is definitely going to be useful going forward,” Tokarek says.