Konstantin Sobolev hatched the idea in a Milwaukee-area gym in spring 2020, just before pandemic containment measures closed public spaces. He saw how anxious patrons were, how much more time they spent swabbing down equipment with disinfectant wipes. They knew COVID-19 could be transmitted by touching contaminated surfaces and then touching their own faces.

Those surfaces are contaminated when people with COVID-19 speak, cough or sneeze and expel virus-laden droplets. But what if there was a long-lasting spray coating that could be applied to a variety of surfaces, and it could both repel and sterilize those droplets? Sobolev, a professor of civil and environmental engineering in the College of Engineering & Applied Science, and his team started designing and testing such a spray. The concept is based on research into how buildings and public spaces can keep themselves clean.

The researchers envision a coating that prevents the virus from attaching to a surface in the first place and destroys microscopic pathogens through a chemical reaction initiated by sunlight – or, potentially, artificial light.

“There is no single product that accomplishes both,” says Sobolev, who was awarded a RAPID grant from the National Science Foundation in 2020 to develop and test the spray. “There is so much potential,” Sobolev says, “when you think about the objects you touch constantly throughout the day, like doorknobs, keyboards, phones and even currency.”

For years, Sobolev’s lab members have worked on protective coatings for concrete and structural steel, with goals similar to the proposed protective spray – to make them water-resistant and enable photocatalysis, a process that could help buildings combat air pollution. 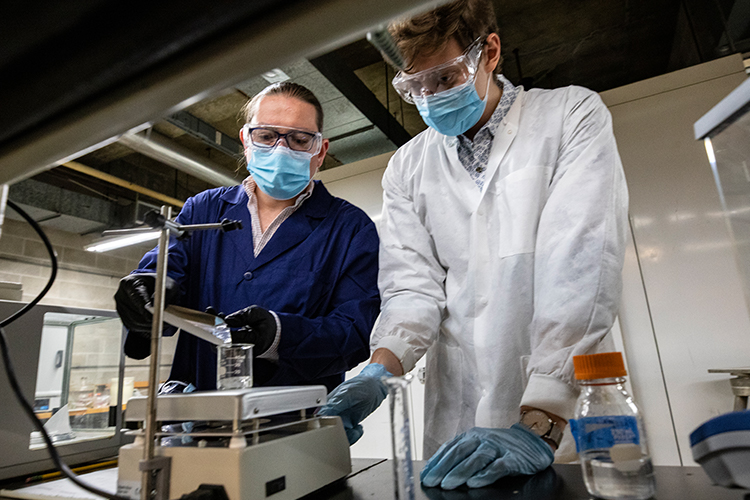 Reed Heintzkill (left) and Filip Zemajtis, doctoral students in Konstantin Sobolev’s lab, aim to turn theory into a coating that consumers could spray on surfaces to both repel and deactivate virus-laden droplets. (UWM Photo/Troye Fox) 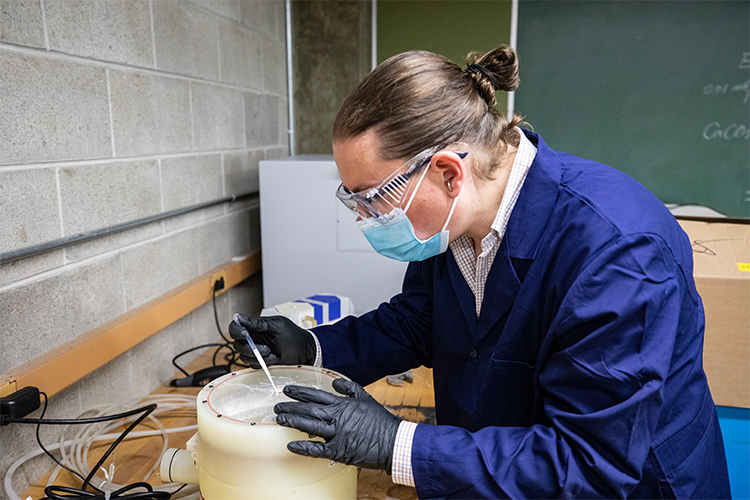 A second tier of testing, said Heintzkill, involves adapting the compound so it can be easily used as a product. (UWM Photo/Troye Fox) 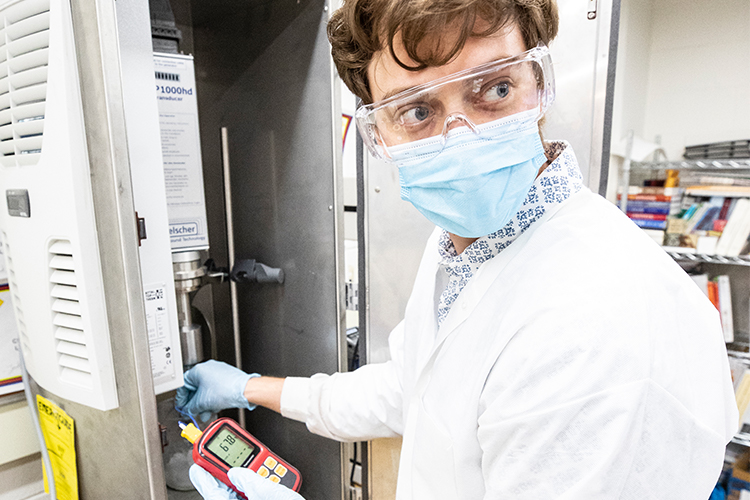 Zemajtis tests the properties of the coating compound to see whether it will work under a variety of conditions, such as artificial lighting. (UWM Photo/Troye Fox)

“Through photocatalysis, ultraviolet rays in sunlight react with the chemicals in the coating, breaking down greenhouse gases from vehicle exhaust into harmless elements,” says research team member and doctoral student Filip Zemajtis. The process also could sterilize pathogens, he says.

UV light by itself kills microbes, including viruses, when a surface is exposed to a high concentration for a certain duration. But public spaces can only be doused with UV rays when people aren’t around because human exposure can be harmful.

When those issues are resolved, Sobolev says, surfaces treated with the coating would require less frequent cleaning, and the resulting technology could improve preparedness for future outbreaks of airborne pathogens.