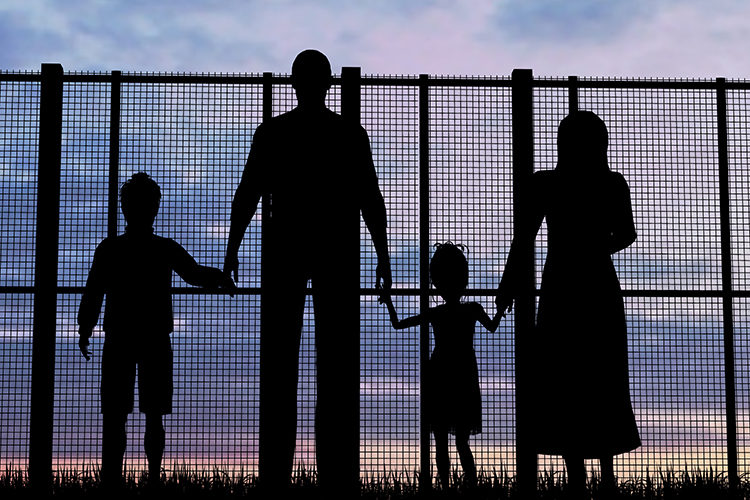 Jackie Nguyen was kicking a soccer ball around with a little girl inside a nonprofit organization in Tijuana, Mexico, last fall. The child’s mother was there seeking services for her asylum application, and the little girl was chatting with Nguyen about how much she missed playing outdoors.

“Then she paused in the middle of kicking the ball to run and get her cellphone and, nonchalantly, show me graphic photos of a deceased (murdered) family member,” Nguyen said. “Then she returned the phone to her mom and played again.”

For Nguyen, associate professor of educational psychology, the moment showed both the resilience of children and the ongoing trauma they and their families face.

Nguyen spent part of her fall semester 2019 sabbatical as one member of a group of academic and legal experts focusing on the impact of immigration policies and detention on children and their families.

Nguyen is a developmental psychologist rather than an applied psychologist by training. However, when the opportunity came up to work on the Research-to-Policy collaboration, she decided to take her work in another direction. The collaboration is supported by the Center for Healthy Children at Penn State University and other organizations.

One initial result of the research effort was a one-sheet summary – “Trauma- Informed Responses to Immigration Policies and Practices” – distributed to legislators and policymakers in January by the Society for Community Research and Action, a division of the American Psychological Association. Nguyen is one of the lead authors.

Nguyen’s interest grew out of her previous research in the developmental experiences of individuals from immigrant, refugee and ethnic minority populations. Her research has focused on ethnic and cultural identity and parent-child relationships, especially in adolescence and early adulthood.

The goal of the Research Policy Collaborative is to help policymakers by providing information to them in a nonpartisan, manageable form that can help them make evidence-based decisions and policies on immigration and migrants, Nguyen said.

“There’s this huge gap between our world of academia and science and the world of policy,” Nguyen said. “We kind of take our time and ask questions and explore, and the publication cycle may take a year and a half, whereas policy is minute-to-minute. What’s happening today? What are the issues?”

Meeting with families and social workers and lawyers and those doing work on the ground every day put a face on the abstract concepts about migrant families and children’s trauma, Nguyen said.

“Family separations lead to adverse outcomes. The evidence is pretty clear on that.”

The January paper presented to policymakers stressed a number of recommendations on how to ease the trauma of children and families, recognizing that have already experienced trauma that drove them to leave their home countries, and that has been made worse by separations and long waits in detention camps. The recommendations stress that service systems involving immigrant families should be trauma- and culturally informed. The collaborative is also suggesting a national toolkit for communities receiving migrant families that support effective responses to trauma.

More than 700 copies of the paper went to congressional representatives and their staffers, and Nguyen has been heartened by the response. A few members of Congress have already incorporated some of the ideas from the collaboration into bills.

In May 2020 Rep. Alan Lowenthal in California introduced the “Honor our Commitment” bill using and citing research that Nguyen and others with the Research-to-Policy Collaboration helped identify, Nguyen said. That bill explores the impact of deportation of Southeast Asian refugees. The group’s work was acknowledged as an important contribution to the bill, Nguyen added.

The idea of the research and summary came out of questions being asked by members of Congress themselves or their offices, Nguyen said. “To hear a policymaker say, ‘OK, I want to put forth a bill that funds something that can directly support families; what do I need to know?’ That’s a direct call that, at least in my work, I haven’t been able to respond to before. So I think we will make a difference that way.”

“I really believe the science we do matters, and we should be able to close the gap between science and policy.”