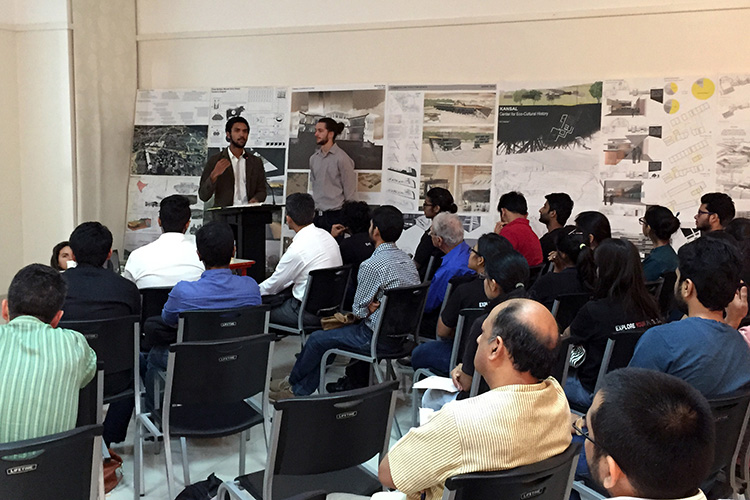 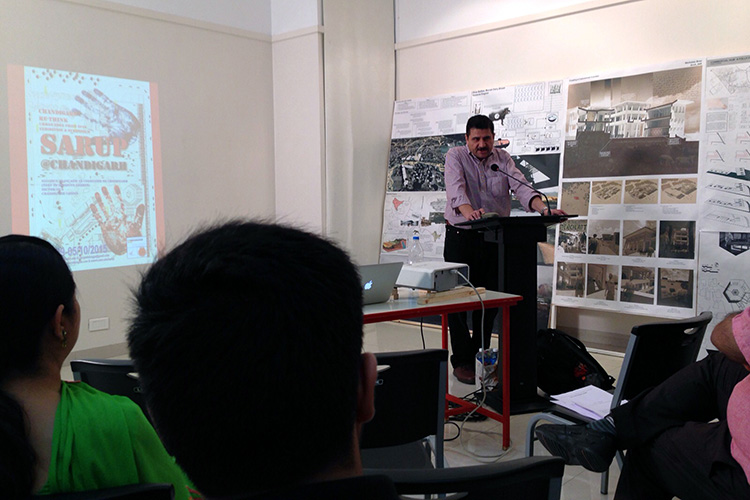 Manu P. Sobti, an associate professor of architecture at UWM, introduces the theme of the SARUP @ Chandigarh Exhibit Opening Symposium on Sept. 28, 2015. 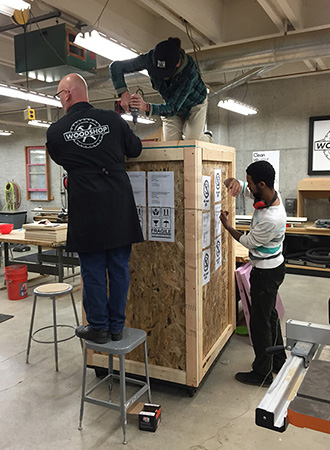 The "designed crate" packed and prepared. The package was stuck at Indian customs for a week before finally making its way to Chandigarh. From left, this photo shows William Kruger, Nick Bree and Sisco Hollard. 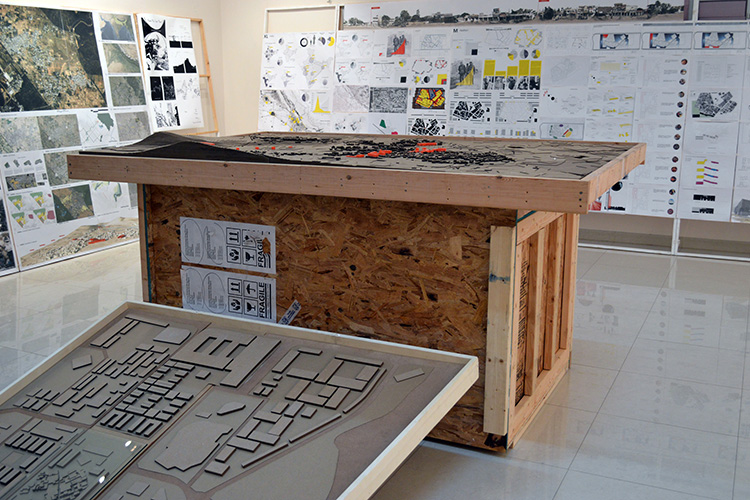 The SARUP @ Chandigarh Exhibit ran at the Alliance Francaise – Chandigarh from Sept. 28 to Oct. 12, 2015. Chandigarh residents and inhabitants of both villages that were part of the SARUP Spring 2015 studio visited the exhibit. The events were covered by three local newspapers and other media, attracting wide attention. 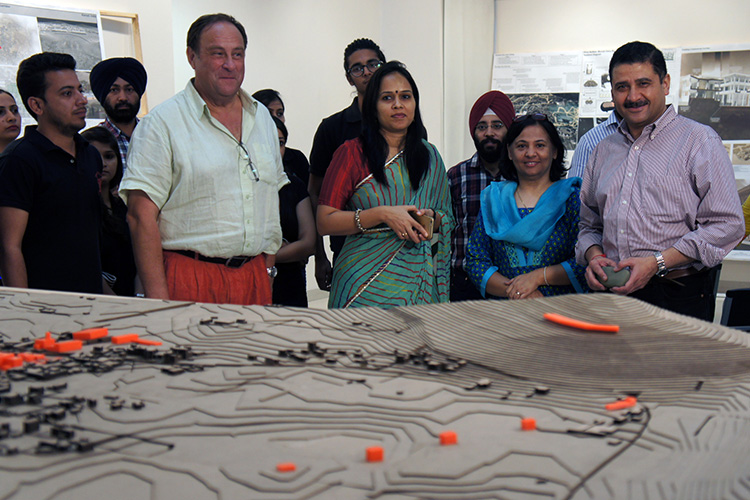 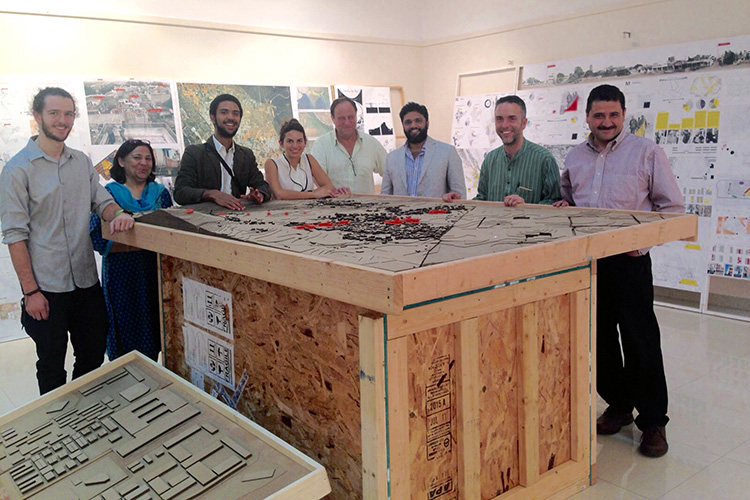 Associate Professor of Architecture Manu P. Sobti, UWM architecture students and colleagues in India are examining that country’s first modern planned city, looking at how its growth could co-exist with nearby pre-existing historic villages.