It made no sense when, during the summer of 2015, Carmen Aguilar and Russell Cuhel started seeing game fish that prefer cold water feeding near Lake Michigan’s shore. “Fishermen were hauling big salmon right off the breakwall,” Cuhel remembers. “We thought, ‘What is going on?’”

At the food chain’s front end, the School of Freshwater Sciences researchers noticed something equally unusual for late summer. Tiny, cold-water phytoplankton called diatoms, what Aguilar and Cuhel say are “juicy steaks” for newly hatched fish, were appearing in the water column’s upper half, where water should be warmer.

Cuhel and Aguilar have recorded a string of abnormalities in the lake’s ecosystem during the past two years. It sent them hunting for an explanation and, supported by lake data they’ve collected for two decades, they believe some recent changes are connected to a changing climate. 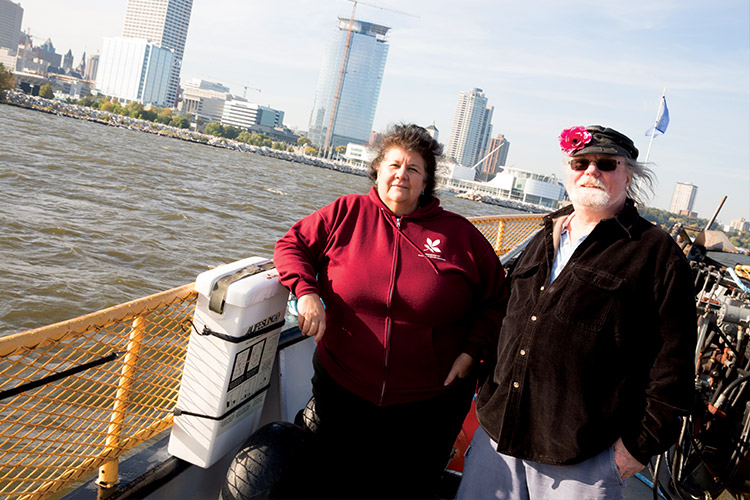 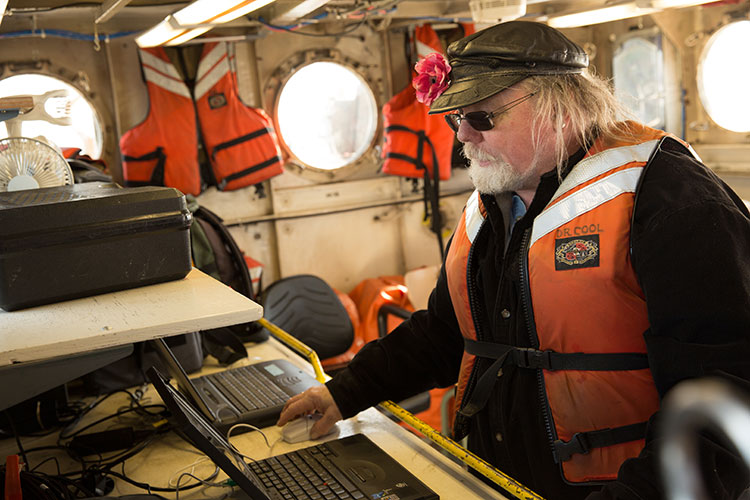 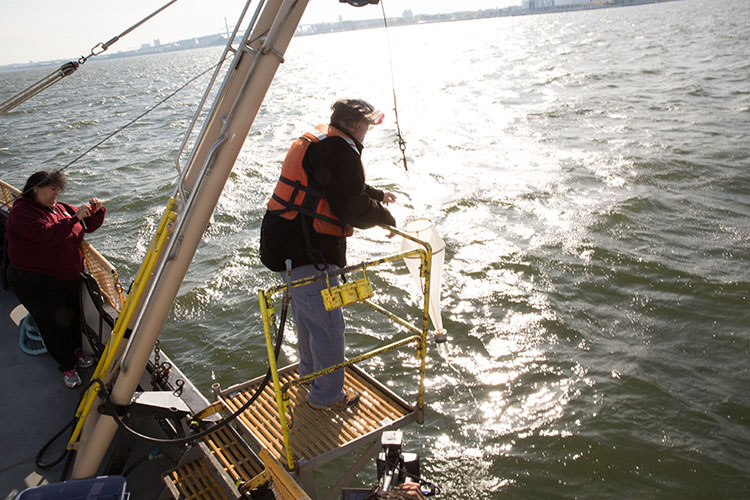 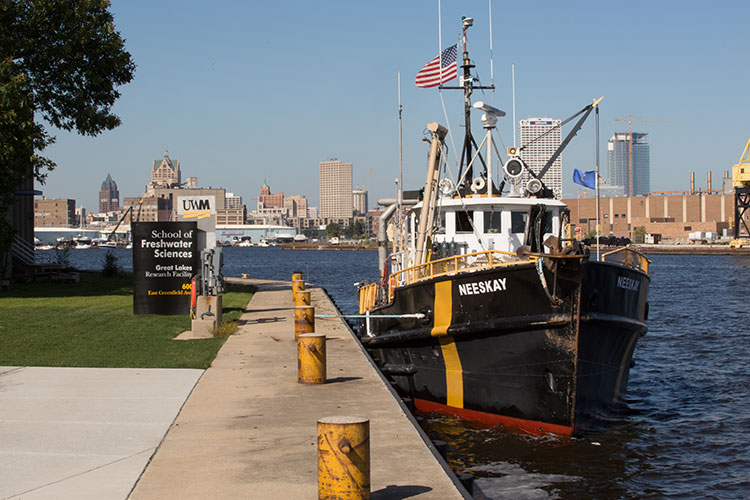 Lake water has been in a warming trend, and not just because of warmer air temperatures in the Midwest. Invasive quagga mussels arrived in 2003 and started feeding year-round on tiny algae, like diatoms, at an astonishing rate. Ever since, the water has been clearer, allowing sunlight to penetrate deeper and store heat in a thicker layer.

But when the scientists checked satellite maps of Lake Michigan’s temperatures, they saw a cold-water band hugging the Wisconsin side of an otherwise warm summer lake. The cold belt’s width grew every day, well into September, reaching almost halfway to Michigan.

Because cold water is denser than warm, it forms a layer at the bottom. But the scientists discovered cooler water throughout the water column. How could climate change be responsible for making the lake colder in midsummer? The answer, Cuhel says, lies with unusual behavior in the polar jet stream, fueled by climate change.

Arctic air is warmer than ever before. Its weakened pressure could no longer resist warmer southerly winds and allowed them to move northward. Those warm winds pushed coastal water toward Michigan, causing cold bottom water to rush toward Wisconsin’s shore and spread out over the surface.

This led to a summer mixing event that the pair calls “the great upwelling,” because it lasted for more than six weeks. In 2016, the whole scenario was repeated, albeit less dramatically.

It explains why Cuhel and Aguilar documented not only changes in the food chain, but also fog over the lake during those two summers. Fog forms when humid air meets cold water, an unlikely scenario in midsummer.

“We’ve never seen anything like these upwellings before,” Cuhel says. “It may be the harbinger of a new era in Lake Michigan’s behavior.”