To compensate for not seeing very well, spiders usually manage their world by detecting vibrations in their webs. They even strike a specific pose to do it, spreading their two front legs apart and remaining still.

But Rafael Rodríguez Sevilla, an associate professor of biological sciences who researches the cognitive abilities of miniature brains, has evidence that black widow spiders make mental maps of their webs. And about 50 percent of the time, they rely on memory before vibrations.

“We’re trying to describe components of active consciousness,” he says. “Are they aware of their memories with such a small brain? We think the answer is yes.”

In one experiment, Rodríguez Sevilla and his lab members swapped the current webs of hungry spiders with older webs containing no food. Half of the spiders conducted a fruitless search for up to a full minute when confronted with their new location. So single-minded was their persistence that not even live prey inserted elsewhere on the web distracted them.

“They are attending to the mismatch between their environment and their memory,” Rodríguez Sevilla says. “You can see the same behavior in humans. That confusion is a sign of higher intelligence.”

The researchers tested for memory of the web’s contents across several spider families. They found that not only did the spiders remember they caught something, but they also remembered features of the prey and the quantity of it.

Memory in tiny creatures was long thought to be a hardwired behavior that didn’t require much mental capacity. “Our results,” Rodríguez Sevilla says, “suggest that the ability to make mental maps is a common feature of animal brains, even relatively small and simple ones.” 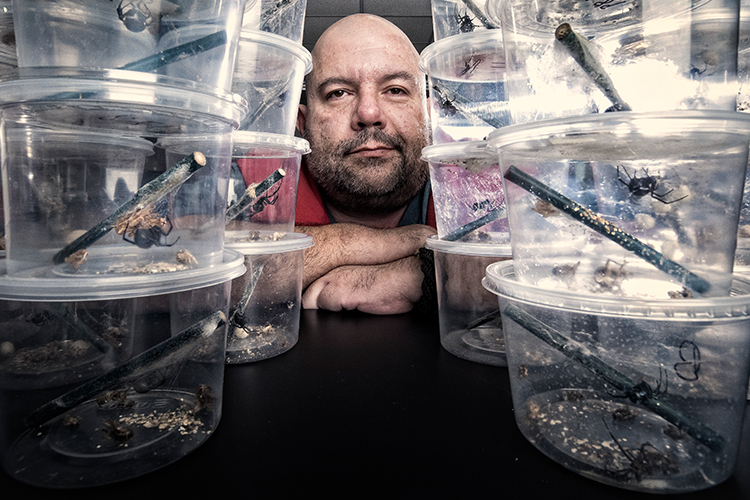