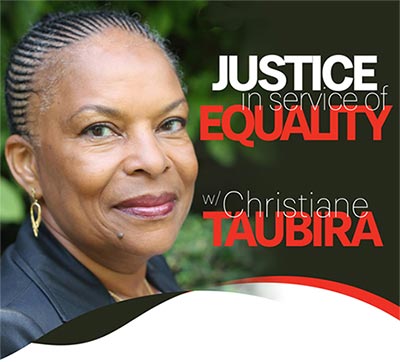 “Justice in Service of Equality”
Speaker: Christiane Taubira
Live-Stream from the University of Chicago
Venue: Curtin Hall 175
University of Wisconsin-Milwaukee

A lecture and conversation with Christiane Taubira, former Minister of Justice of France at 7pm live-streaming from the University of Chicago.

“Taubira was the driving force behind a 21 May 2001 law that recognises the Atlantic slave trade and slavery as a crime against humanity. In 2013, she voiced her support for land reforms in France’s Caribbean territories as compensation for slavery.

As Minister of Justice, Taubira formally introduced the electoral promise of François Hollande. It became Law 2013-404, which legalised same-sex marriage in France. Taubira resigned in January 2016 after openly disagreeing with the French president’s proposal to strip French nationality from dual-citizens who are convicted of terrorism, a measure championed by Hollande in the wake of the terrorist attacks that shook Paris on November 13.”

This event is free and open to the public. Co-sponsored by UWM’s Women’s & Gender Studies.