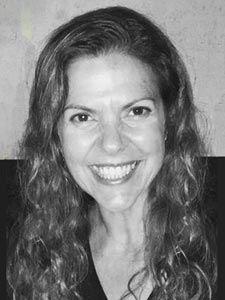 On August 26, 2022, Boswell Book Company hosts an evening with Carolyn Eichner, author of Feminism’s Empire and The Paris Commune. Cohosted by UWM’s Department of Women’s and Gender Studies and Department of History, and Alliance Française de Milwaukee.

With Feminism’s Empire, Eichner investigates the complex relationships between imperialisms and feminisms in the late nineteenth century and demonstrates the challenge of conceptualizing ‘pro’ and ‘anti’ imperialist as binary positions. Eichner explores how feminists opposed – yet employed – approaches to empire in writing, speaking, and publishing. In differing ways, they ultimately tied forms of imperialism to gender liberation. Margaret Cook Andersen, author of Regeneration through Empire, says: “Feminism’s Empire expands concepts of imperialism beyond France’s colonial holdings and brilliantly demonstrates how integral ideas of empire, race, and religion were in shaping articulations of French women’s rights.”

And in The Paris Commune, the first brief history of this event written in English in decades, Eichner considers a moment in history that began when Parisian women stepped between cannons and French soldiers, using their bodies to block the army from taking the artillery from their working-class neighborhood. Sarah Fishman, author of From Vichy to the Sexual Revolution, says: “This compelling account of the Paris Commune makes a complicated event understandable and vivid. Eichner’s rich portraits bring to life the freedom and empowerment the Communards experienced, juxtaposed with the bloody repression of its final days.”

Carolyn J Eichner is also author of Surmounting the Barricades: Women in the Paris Commune. She is Professor of History and Women’s and Gender Studies at UWM.