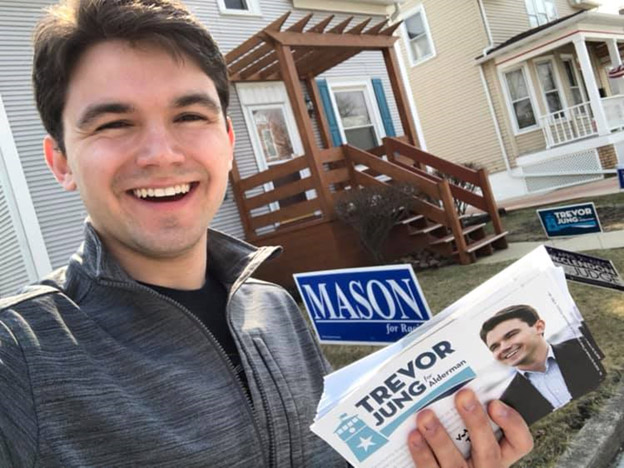 Congratulations to Trevor Jung (BA ’17), a former urban studies major who defeated his opponent by a wide margin and won a seat on the City of Racine’s Common Council in yesterday’s election. Trevor joins a long list of urban studies alumni who have held elected office, but Trevor is certainly the youngest alum to hold public office. In addition to his new role as an elected official, Trevor is also on the City’s Plan Commission and the Community Engagement Coordinator at Visioning a Greater Racine.