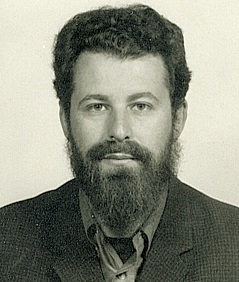 Everything about college in the 1960s can be understood within the larger society and world: the music of Bob Dylan and Joan Baez and others; the draft and war in Viet Nam; the civil rights and peace movements; and the threat of nuclear annihilation. I was influenced by sociologist C. Wright Mills who wrote in the The Sociological Imagination, “The sociological imagination enables us to grasp history and biography and the relations between the two within society” (1956:6). I came to UWM at the suggestion of David Riesman who authored The Lonely Crowd. Professor Riesman was at the University of Chicago and a friend and advisor of Warner Bloomberg, Jr., who we called Bud. Bloomberg was a professor in the Dept. of Urban Affairs at UWM, and was the central mentor to a group of us in the Urban Affairs Master’s program at UWM; he had worked with the community organizer Saul Alinsky—who had also influenced a young Barack Obama.

I attended Urban Affairs [now Urban Studies Programs] in the fall of 1965. A group of grad students in Urban Affairs shared an office in Bolton Hall. I wanted to understand how to help change the world, the local community, and I wanted to understand how society actually functioned and some theories about how that happened and might happen in the future. Professor Riesman felt Bud Bloomberg and I would be a good match. Bud Bloomberg helped me do that and encouraged me to become a professor as did Henry Schmandt who was the department chair before Bloomberg and other professors I remember including Manuel Gottleib in economics, and Edgar Litt in political science.

I came to UWM from graduate studies in sociology at Brandeis and getting my feet wet teaching two social problems classes at the University of New Hampshire in the Spring term of 1965. I was able to assign some of my favorite authors including C. Wright Mills, Bertrand Russell, Erich Fromm, Michael Harrington, Robert Theobold, Lewis Mumford, Martin Buber, Louis Wirth, and others. Unlike Brandeis, Urban Affairs at Milwaukee encouraged me to be part of local community organizing and activism with Students for a Democratic Society (SDS) that was opposed to nuclear testing, the draft, the war in Vietnam, and vast differences in wealth and poverty. Bloomberg, because of his own experience, helped me learn how to integrate scholarship and activism, or as he would say “intellectual activism.” Bud had worked in Gary Indiana steel mills and was involved in the local union while he pursued his PhD at Chicago, and he and his wife Carol built a house themselves. He wrote a wonderful article about anti-Semitism and working in the steel mills published in the November 1953 issue of “Commentary Magazine.”

After I finished my Urban Affairs master’s thesis about unemployment in the summer of 1966, I went to the Middle East and Europe for a year, and I kept in touch with Bud. Against his advice I came back to UWM in the spring of 1967 to work on a PhD in political science. I could not take more classes from Bud, but he was my mentor and friend. I became co-president of the SDS chapter at UWM, and I wrote for the UWM student paper whose editor George Johnson was part of the Milwaukee art and literary community that I hung out with. I also wrote a critique of the undergraduate introductory political science text book, which was handed out by SDS students as students entered the lecture hall. I was taking three graduate classes and writing a combined paper about violence for two of them. Professor Edgar Litt gave me an A plus and published it in a reader he edited, The New Politics of American Policy (1969); the other professor gave me a D and told me to get out of the department. Bud had warned me this might happen in conversations I had with him while working on a bibliography for him and Henry Schmandt for their 1968 book, Power, Poverty, and Urban Policy, which was volume 2 of the Urban Affairs annual reviews published by Sage in 1968. That essay became Violence in America: A Historical and Contemporary Reader, which I edited as a trade book for Random House in 1969. Bloomberg wrote the final essay putting violence in America in the context of other cultures and societies and explaining why we are different and similar with an emphasis on the horrible story of race in America, which is still strangling us today.

Since I was uninvited from the political science department, with Bud’s help and recommendations, I started applying for college teaching jobs and got my first full time assistant professor of sociology position at Federal City College in Washington. I kept in touch with Bud and in his ninth decade we still talk regularly. His influence, along with his wife Carol, is everywhere in my life.