Nadya Fouad has dedicated her career to exploring how individuals decide on their careers, as well as the broader impact those decisions have.

Much of Fouad’s work has centered on those who are underrepresented in different areas of the workforce, particularly in science, technology, engineering and mathematics (STEM). That includes examining why so many women leave the engineering field.

Fouad’s most recent project, however, expands her focus from individual career paths to look at professional engineering teams. Specifically, she’s partnered with UWM faculty members Romila Singh and Ed Levitas to see how diversity in those teams affects their innovation and effectiveness.

“We decided to find out,” Fouad says, “if you have more diverse teams, will it be related to the bottom line?” And although the project is in its early stages, it’s built upon previous research conducted by Fouad and her colleagues.

In 2007, Fouad published a study looking at the barriers that steered high school and middle school girls away from science and math while also examining ways to encourage their interest. A vital factor, Fouad found, involved parents and teachers helping to instill self-confidence in girls.

Then, a few years later, a conversation with a doctoral student raised additional questions about women in the STEM fields, particularly engineering. Mary Fitzpatrick had left engineering to pursue a doctorate under Fouad in counseling psychology. “Did you know that half of women leave engineering?” Fitzpatrick asked Fouad.

The question prompted Fouad to join with Singh – an associate professor in the Lubar School of Business who focuses on organizational behavior and human resources – for a groundbreaking study. Published in 2012, their National Science Foundation-funded work explored why women with engineering degrees leave the field. Although women had earned 20 percent of the engineering degrees awarded over the previous 20 years, they made up only 11 percent of the engineering workforce.

“The women in engineering study hit a nerve,” Fouad says. “We were hoping for 800 respondents, and we got over 5,500. More than 500 women who responded to the survey link had graduated in engineering, but they never became engineers. That’s huge.”

Common wisdom had held that women left for child-rearing or family reasons. The study found, however, that most who left were not staying home. An uncomfortable work climate topped the reasons women decided to leave the field. Many of the women surveyed said the lack of other female engineers and women mentors made engineering a lonely field for them.

Nearly half of the women surveyed said they were discouraged by working conditions, such as too much travel, lack of advancement, low salary, or inflexible or non-supportive climates. On the other hand, women who had stayed in engineering did so for the same reasons as men – their companies invested in their training and professional development, recognized their contributions, and offered them opportunities and clear paths to advancement.

In the wake of that study, Fouad has served on a committee on engineering preparation for the National Academy of Engineering. In 2017, she received the Leona Tyler Award for Lifetime Achievement in Counseling Psychology from the American Psychological Association. It’s given for distinguished contributions in research or professional achievement in counseling psychology.

Along the way, a reporter asked Fouad a simple question with a complex answer: Why did it matter that a workforce was diverse? And much like the question from her doctoral student, this one sparked an expanded line of research.

Fouad, Singh and Levitas – a professor of business in the Lubar School who studies learning, innovation and creativity – are exploring the chemistry of engineering work teams. To shed light on the question of why diverse work teams are important, their NSF-funded study will look at it from different angles, including how diversity relates to innovation and effectiveness.

“Generally speaking in the innovation literature,” Levitas says, “innovation results from a diversity of ideas being refined into new ideas.”

This concept has a foothold in the professional world. Lei Zhang Schlitz, an executive vice president at Illinois Tool Works and a 2018 UWM Distinguished Alumni award-winner, offers an example. 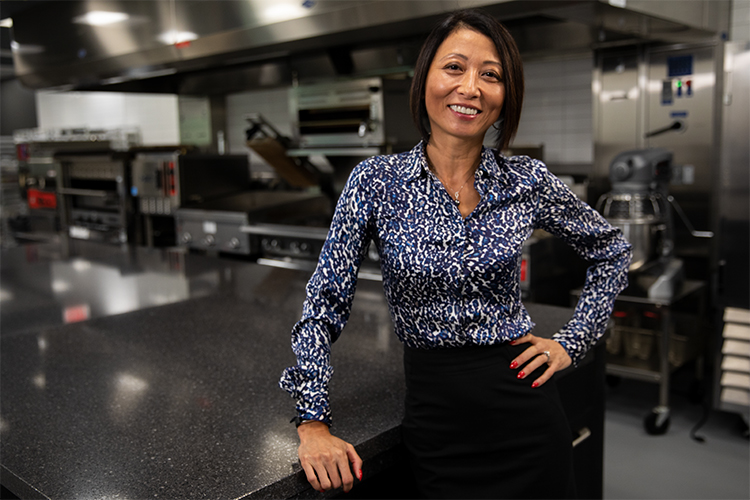 “If you look at what companies are looking for, they are trying to innovate to stay relevant and to stay on the leading edge,” says Schlitz, who holds UWM master’s and doctoral degrees in mechanical engineering. “If they don’t draw ideas from people of all kinds, not just women, but people from different cultures, functions and backgrounds, it’s going to be very hard to be innovators. That’s really the ultimate business reason to be inclusive.”

Now, Fouad, Singh and Levitas want to pin down the value of that diversity and inclusiveness. For the study’s first phase, the UWM research team laid the groundwork, designing a survey to get at the factors that make teams successful. They’re developing a database of 200 diverse teams and reaching out to organizations like the Society of Women Engineers, the Society of Hispanic Professional Engineers and the National Society of Black Engineers to create a list of survey participants. They’ll also include engineers from the 2012 study on their survey list.

A key part of the research is determining how to measure team success. The researchers plan to use indicators like new products, patents and patents pending, the publishing of papers, as well as other measures of innovation and productivity. “We are looking at things we can document,” Fouad says.

The ultimate goal is to determine not only what factors make teams successful, but also how those traits can be replicated in other teams.

Although the project is challenging, team members see their own diverse perspectives and disciplines as an advantage. “It’s stretching us all,” Singh says, “because we’re all learning different areas of research.”

“That’s the value of interdisciplinary work,” Fouad says. “We’re arguing that teams do better work, and not one of us could do this by ourselves.”