Vuk Latinovich of the Milwaukee men’s soccer team was selected by New York City FC in the 2021 Major League Soccer SuperDraft on Thursday. NYCFC selected the senior midfielder in the third round of the draft with the 71st overall pick.

“It feels really gratifying,” Latinovich said. “I just need to soak in in today and then get to work and get ready. I was nervous during the day but was hopeful that I would get picked. In the end, it worked out, so I am just excited and thankful for the opportunity and can’t wait to get to work.”

Latinovich is a two-time All-Horizon League honoree who earned first-team all-league and second team United Soccer Coaches All-North Region accolades as a junior in 2019, missing what would have been his senior campaign when athletic events were cancelled due to COVID-19 in the fall.

He becomes the fifth Milwaukee men’s soccer player to be drafted by an MLS team and the first since Steve Bode was selected by the Chicago Fire in the fourth round of the 2008 Major League Soccer Draft. Other UWM players selected were Antou Jallow (fourth round in 2005), Tighe Dombrowski (fifth round of 2004 draft) and Chad Dombrowski (fifth round in 2003).

“I am extremely excited for Vuk and his family,” UWM soccer head coach Kris Kelderman said. “This is something that I know he has been wanting and working for his entire life. All of his hard work has paid off. He has been a model player, a model leader, a model student, and a model representative for the university and for our program. I am very proud of him and proud of our program to provide an opportunity for him.”

A two-year team captain, Latinovich played every minute in 14 of his 20 appearances in 2019, with his 1,810 minutes the most of any field player. He finished second on the team with a career-best 13 points, with five goals and three assists. His team-best shot total of 70 placed second in the Horizon League, with his 3.5 shots-per-game average checking in fifth.

Latinovich made 56 starts in his 57 appearances over three seasons, finishing his MKE career with 33 points on 11 goals and 11 assists. His 162 career shots included five game-winners, highlighted by the game-winning goal against both Marquette and Wisconsin his final season in a Panther uniform. 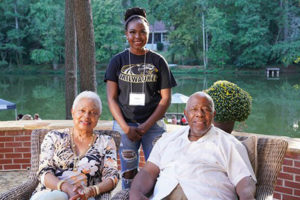 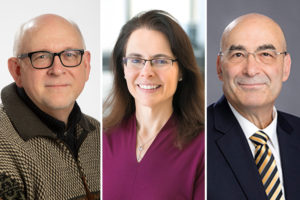