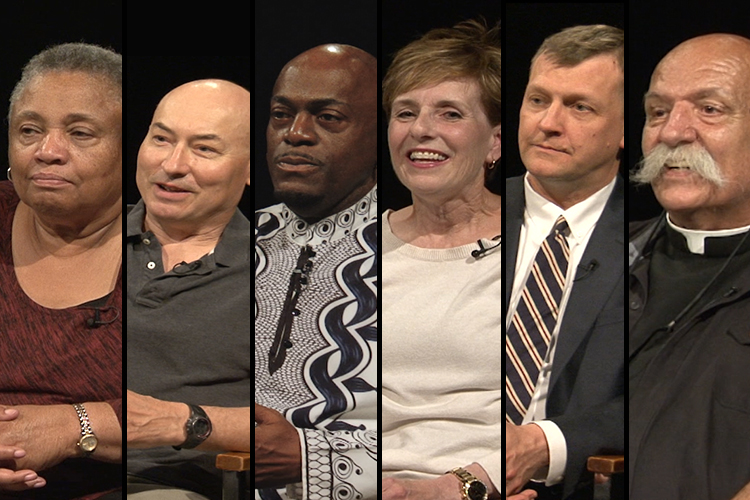 The 23 hours of interviews in the Wisconsin HIV/AIDS History Project create an oral history of the disease’s impact on the state after it landed with fearsome force in the 1980s. (Photo illustration by Kendell Hafner)

In 1981, the Centers for Disease Control and Prevention reported the first cases of AIDS in the United States.

In late 1982, Wisconsin was added to the growing list of states reporting the deadly disease. In less than five years that number would grow to over 100 cases, and by 1991 the state would report its 1,000th case.

In 1988, the World Health Organization would mark this global epidemic with the first World AIDS Day.

This Dec. 1, the UWM Archives will release a collection of video interviews with people directly affected by HIV/AIDS in Wisconsin. The Oral History Interviews of the Wisconsin HIV/AIDS History Project release coincides with World AIDS Day.

“I hope this project brings a greater awareness to Wisconsin’s history with HIV/AIDS,” said Abigail Nye, interim head of archives at the UWM Libraries. “I hope that sharing these stories brings a new appreciation for the people who pressed on when it seemed hopeless: the social workers, the nurses, the physicians and so many others.”

The collection of interviews showcases 23 people from Wisconsin who were deeply involved in the HIV/AIDS crisis. Many of these interviewees are volunteers from the Milwaukee AIDS Project, doctors and other workers from the AIDS Resource Center of Wisconsin, as well as other organizations such as the Brady East STD clinic.

Many lived through much of the ’80s and early ’90s when AIDS was so prevalent and left many tragically impacted.

“We lost so many wonderful, bright, talented, exuberant, smart, loving and kind men,” Ronnie Grace says in one of the interviews.

Grace lived through the fearful early years of the disease when little was known about it and feels very fortunate to be alive today, he says in the video. Grace is now an HIV and STI prevention coordinator at Diverse and Resilient, an organization looking to achieve health equity and improve the safety and well-being of LGBTQ people and communities in Wisconsin.

The interviews were conducted in 2017-2018 by Linda Wesp, a nurse and doctoral student in nursing at UWM. She said that it was deeply moving to hear people open up and share these sometimes painful stories.

“I have learned and I have been inspired,” said Wesp.

The Wisconsin HIV/AIDS History Project was made possible with support from the AIDS Resource Center of Wisconsin and the Cream City Foundation’s Birch Lodge Fund, Joe Pabst and other donors.