It’s lights, camera, action for the true crime docuseries created by Peck School of the Arts’ Lilly Warren, a senior lecturer in the film department. At the Realscreen Summit Showdown recently, Warren’s plans for her docuseries “Uncoiled” won the competition, securing a development deal with A&E.

The Summit Showdown partners with A&E and HGTV networks to hear pitches for new, unscripted programs or one-off series. At the end of the competition, judges award two participants $20,000 and a development deal with one network partner.

“Uncoiled” will be a true crime autobiography of Warren’s previous marriage told in seven parts. Through home videos and interviews with family members, friends and a private investigator, Warren will lead the audience through her own investigation of her late husband’s crimes and death in a house fire.

As a filmmaker, Warren knew soon after her husband’s death that she wanted to make a piece based on her story.

“It felt like I could turn this thing that had been so difficult into something really positive. I think that there’s a lot of components to the story that could be helpful for other people in perhaps similar situations,” she said. 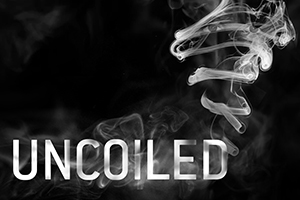 While the process of diving into the secret life of her late husband is difficult for Warren, she considers it part of the healing process. For her, a docuseries is a way to tell the full story.

“We (Warren and her co-producer) thought it would be really great if we could explore it with more time so we can really get into the details,” Warren said. “I think there certainly are really shocking moments in this story, but there’s also these fine details which I think are really important, these warning signs, these things that are not violent or even necessarily obvious from being on the inside or outside.

“This piece really covers me dealing with solving certain mysteries, understanding the extent of what his criminal behavior was.”

Warren will gather footage and work further with A&E in the coming months.