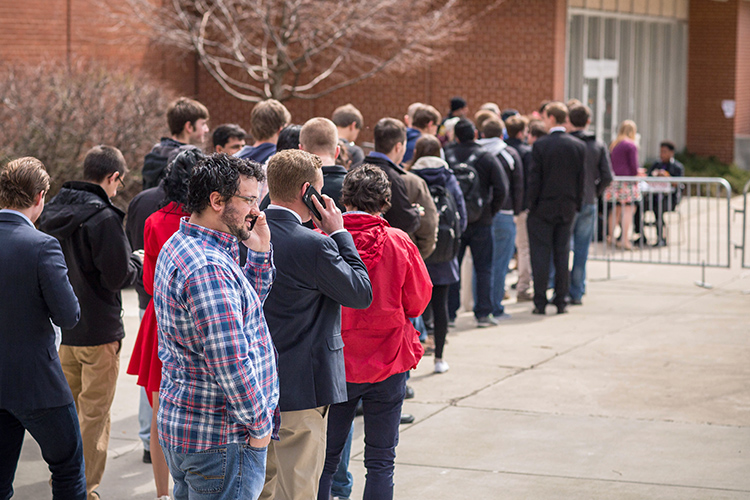 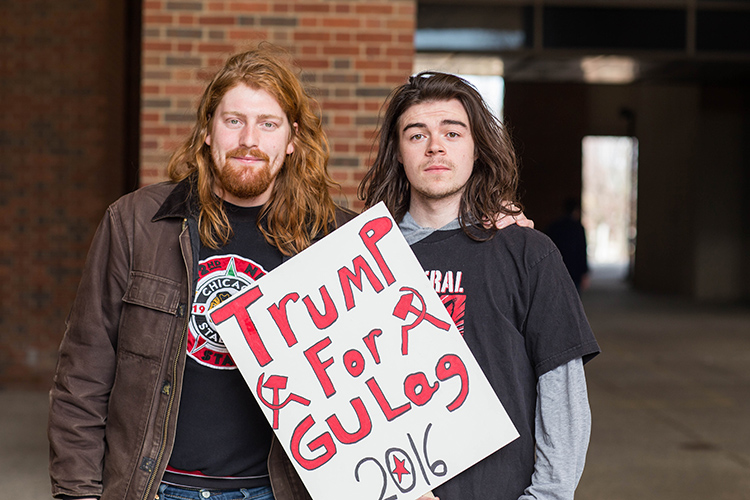 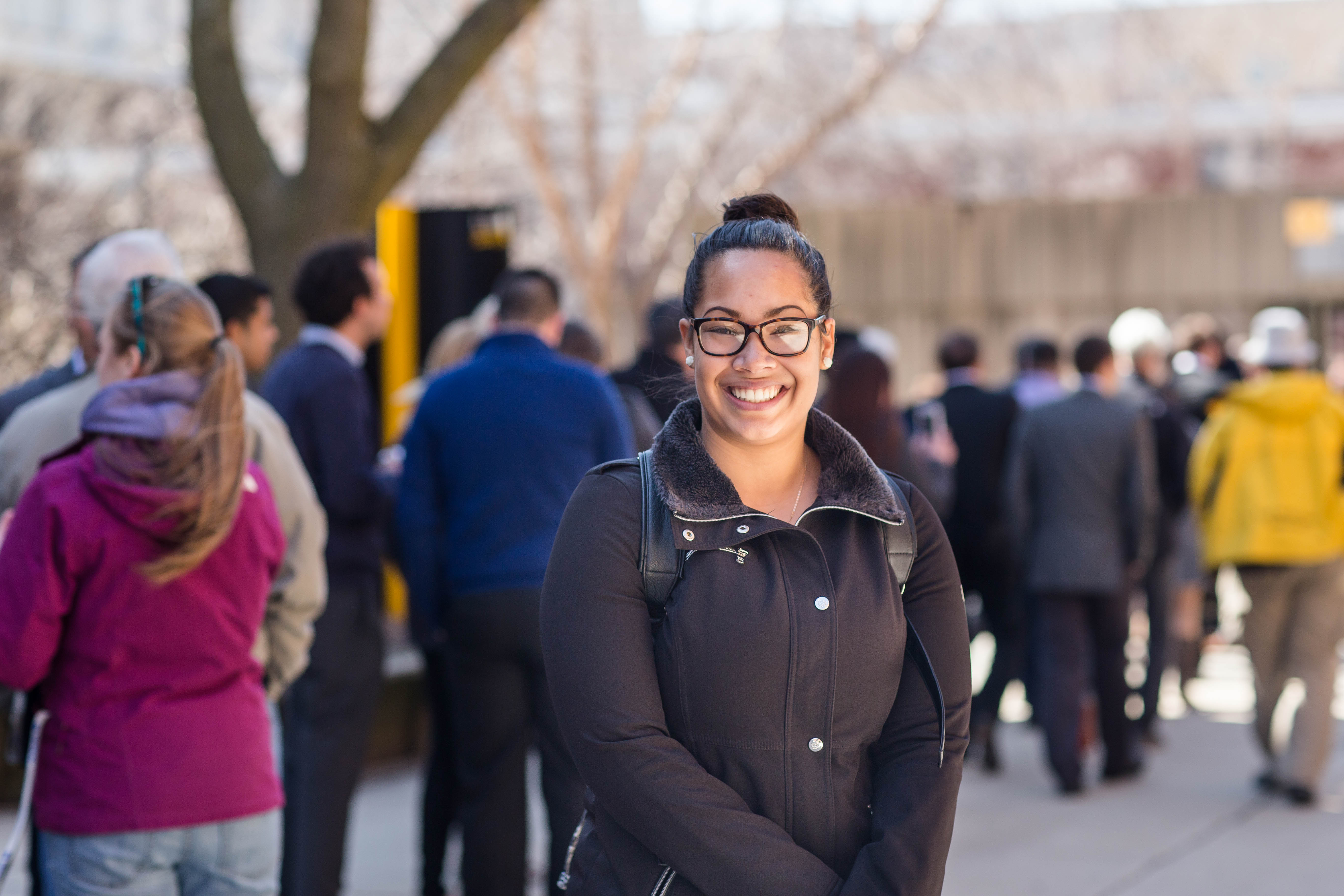 Finance major Alycia Doxon came to see Trump as she decides who to vote for in Tuesday's presidential primaries. (UWM Photo/Elora Hennessey) 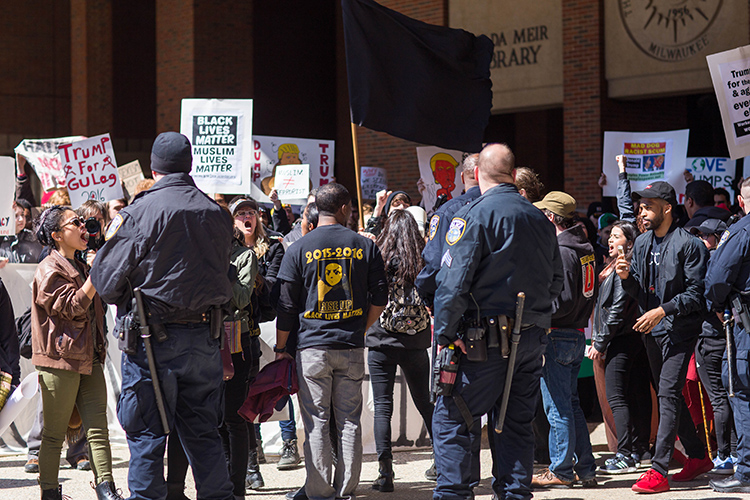 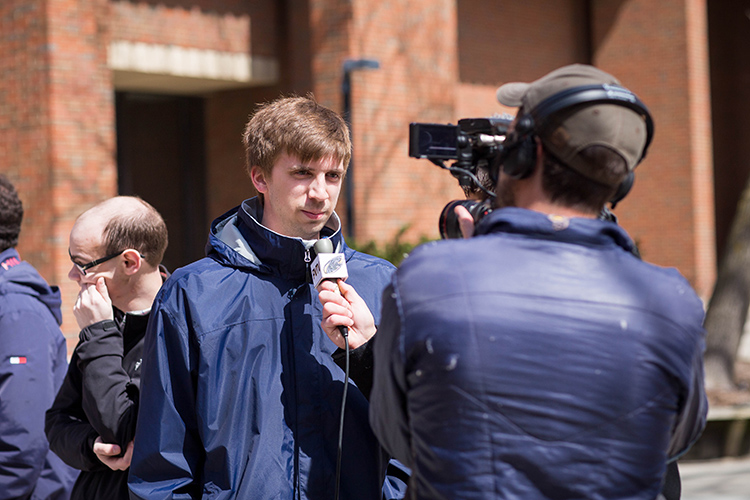 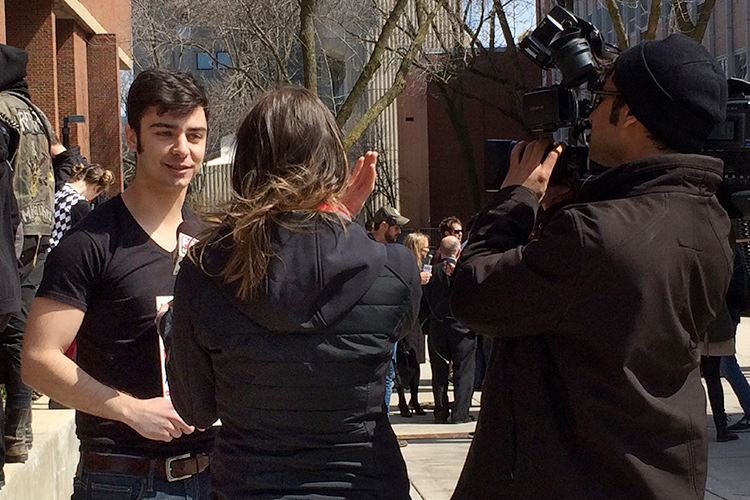 Student Association President Mike Sportiello speaks with reporters while participating in an anti-Trump rally. He says he represented himself, not the student body. (UWM Photo/Michelle Johnson) 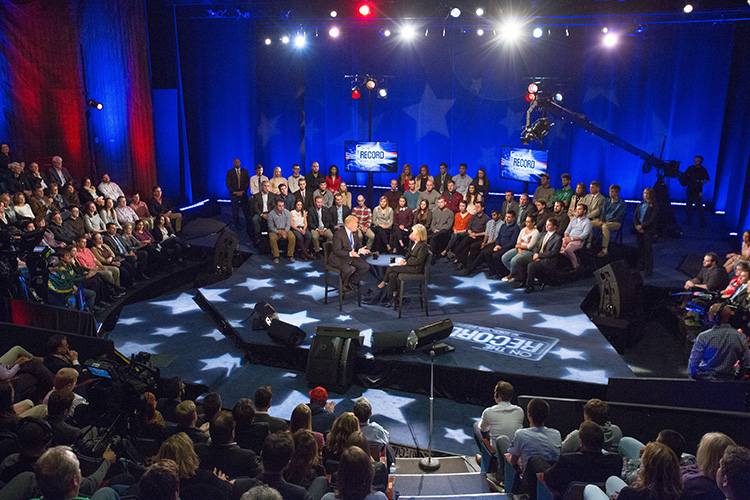 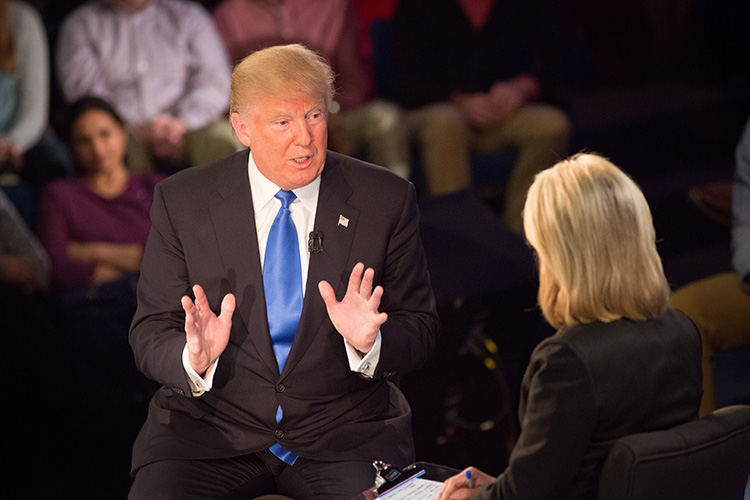 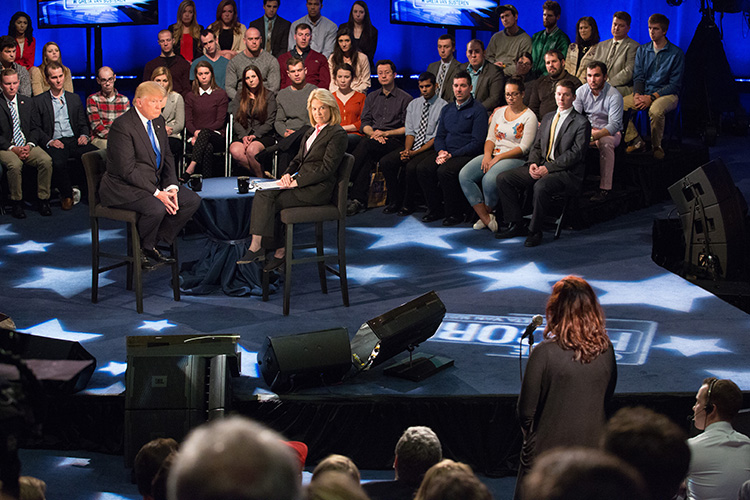 Trump listens to a question from an audience member. (UWM Photo/Troye Fox)

Deciding who to vote for in Wisconsin’s presidential primaries, Alycia Doxon sought a ticket to a television show that Donald Trump was taping Sunday at UWM.

A junior majoring in finance, Doxon said she wanted to hear more about the Republican frontrunner’s economic proposals. She said she understood that many people questioned Trump’s presence on the campus, “but he is a legitimate presidential candidate, so I think that it is really cool that he is here.”

Doxon was one of more than 400 people who watched Trump tape a town hall interview with FOX News Channel host Greta Van Susteren. The event, held two days before Wisconsin’s presidential primaries, also attracted about 100 protestors. Trump is the third presidential candidate to stop at UWM this election season. Democrats Hillary Clinton and Bernie Sanders debated on campus in February.

The town hall was organized by FOX News Channel, which rented the Mainstage Theatre from UWM.

Computer science major Brandon Howard got a ticket to the town hall by emailing FOX News. He watched the protest, the first he had witnessed in person, as he waited to go through security. It was exciting, he said, and he was grateful to have so many presidential candidates visit the school during his senior year.

“It’s just cool to see that people are coming to Milwaukee to try to get the student body and the people of Milwaukee, because we’re a passionate bunch, to vote for them,” Howard said.

Recent graduate Grant Steskal and senior Robert Penner joined the anti-Trump protest outside Golda Meir Library. Both studied political science at UWM and described themselves as “very politically active.” They also protested Clinton’s platform when she was on campus in February.

“I think it’s an honor for UWM to have these types of events,” Steskal said. “I just don’t like the people.”

Other protestors included Student Association President Mike Sportiello, who said in a letter to students that he declined to help identify students to attend the taping because he was offended by remarks that Trump and another Republican presidential candidate, Sen. Ted Cruz, made about Muslims. Sportiello said he grew up in a neighborhood where most residents were Muslim, and “I will not stand by idly while they speak of my friends, my classmates, my teachers, my neighbors, my brothers, and my sisters as less than human.”

Freshman Nilesh Abraham questioned media reports about Trump’s remarks on Muslims and immigrants. He sought a ticket to the town hall to learn more.

“Maybe I’ll become a fan, maybe I won’t,” said Abraham, a biological sciences major who has been comparing conservative candidates.

Abraham praised UWM for hosting both Republican and Democratic events. “It’s showing a bunch of different political sides,” he said.

Alex Uebelacker, a sophomore studying architecture and Trump supporter, said he was pleased to see a Republican candidate visit UWM after the two Democrats were here earlier. He noted that people had turned out, whether they agreed with Trump or not.

“It definitely brings this campus together,” he said. “We all want to see change in the country.” 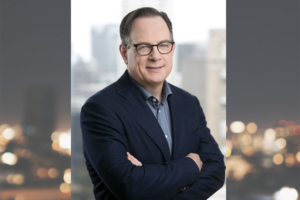