She was 9, new to the United States, new to its culture and the English language, and new to such taken-for-granted things as school.

As a teenager, Vang became an officer in the Hmong student club at Johnson High School, which taught a large Hmong population. “We still had new refugees coming in 1990, new kids who reminded me of me,” she says.

Vang became a multisport athlete and played in the school band – all with her parents’ spirited support. Her dad faithfully attended her swim meets, but he still struggled with English. He’d have to wait for one of Vang’s siblings to translate the announcer’s commentary before jumping up to cheer for his daughter.

She earned a bachelor’s degree from Gustavus Adolphus College, which included spending her junior year abroad in France, then attended graduate school at the University of Minnesota. There, she earned a master’s degree in public affairs and a doctorate in American studies. Some 40 members of her extended family traveled from California to attend a celebration after her doctorate was awarded. 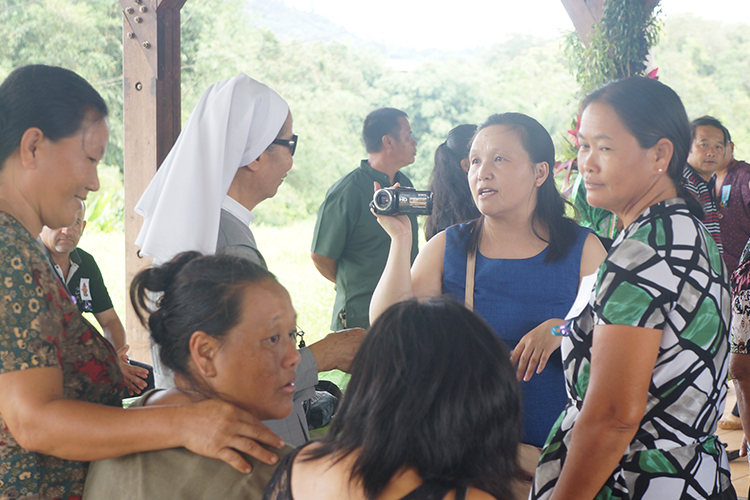 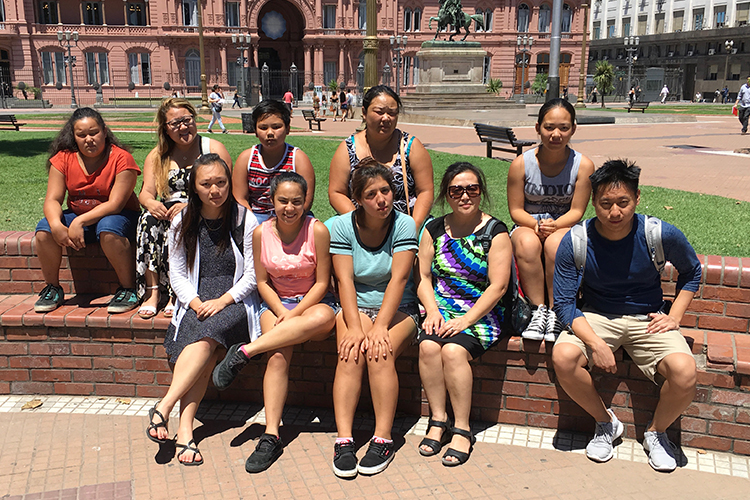 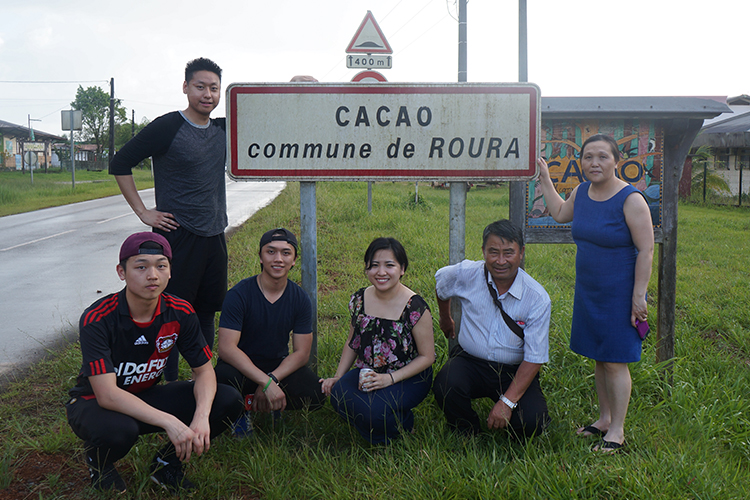 Vang provides many students with opportunities to work as research assistants on trips abroad. Here, they are in Cacao, French Guiana. (Photo courtesy of Chia Youyee Vang)

“We know what has happened to our community in the U.S., but very little about those around the rest of the world,” Vang says. She seeks “lessons on different ways that people manage to survive and rebuild their lives.”

But because they are French citizens, the Hmong Guianans thrived. Hmong farmers dominate the fresh produce market – a privileged position facilitated by the French government. This relative prosperity has raised educational ambitions for the younger generations. “They don’t send kids to high school in the village,” Vang says. “They send them to the capital or to France.”

The Hmong population that settled in Argentina in the late 1970s was much smaller than the Guianans, only 21 families, and new arrivals were not relocated as a community. Instead, individual families were dispersed to farms to work as laborers with no way to communicate.

Over the years, families found each other, and some congregated in Rio Negro, a province in the country’s southern region of Patagonia. “They were able to have small Hmong New Year celebrations,” Vang says. “There was a little bit of social support.”

Today, only about 100 Hmong people remain in Argentina. They are scattered across the country, living mostly as farmers on rented land or laborers in construction or other menial work.

But there are other strands of their legacy. At an academic conference, Vang met a descendant of the Hmong Argentine community. She was an education undergraduate student, and the two struck up a conversation.

On Vang’s next research trip to South America, she had a new interpreter and research assistant.