On a steamy afternoon in August 2018, about 40 visitors gathered between two vegetable patches and a small cabin at Lynden Sculpture Garden, sharing the ground with green tomatoes, okra and other growing edibles. Then performance artist Portia Cobb turned it into a portal to the past.

Cobb, an associate film professor in the Peck School of the Arts, transported visitors to Yonges Island, circa 1900, one of South Carolina’s Sea Islands that became home to freed slaves after the Civil War. Cobb’s ancestors settled there, her mother was born there, and Cobb spent memorable childhood summers there. She also made multiple trips there between 2016 and 2018 to research her Lynden artist-in-residency project. 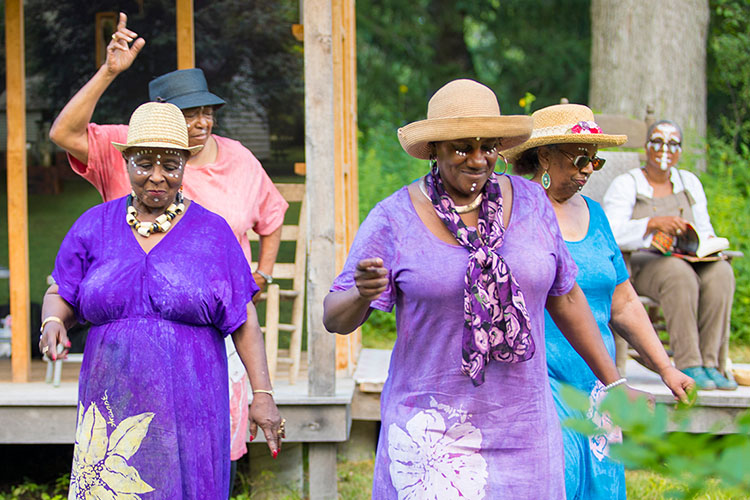 Titled “Rooted: The Storied Land, Memory, and Belonging,” it’s a multimedia endeavor that weaves together genealogy, culinary anthropology, history and the visual and performing arts. As the audience watched, Cobb rode in on horseback, wearing a moss-lined sun hat, cotton overalls and white lines and dots across her face.

She dismounted, sat on a platform attached to the cabin, which was constructed by fellow artist Fo Wilson, and watched dancers in jewel-colored gowns sway in the grass. Then she spoke in the Gullah dialect of the Sea Islands. She’d taken on the role of Elizabeth “Lizzie” Smashum, whom Cobb had conjured up as her own great-aunt and honorary matriarch of a sprawling Gullah Geechee family.

“I been born in 1887. I lived to 1974, so my story gets told over and over again.” Lizzie’s storytelling included many references to the growing gardens, food that sustained an isolated but growing community seeking safety in the Reconstruction era. 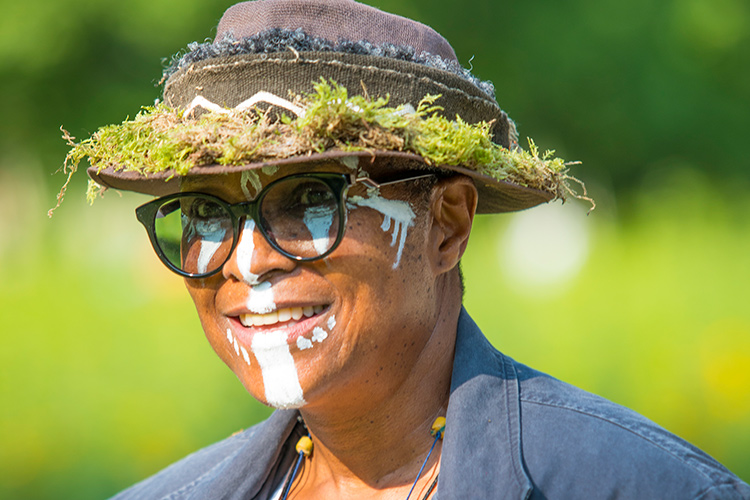 Portia Cobb, associate film professor in the Peck School of the Arts, transported visitors back to the 1900s with her "Rooted: The Storied Land, Memory, and Belonging" project. (UWM Photo/Pete Amland) 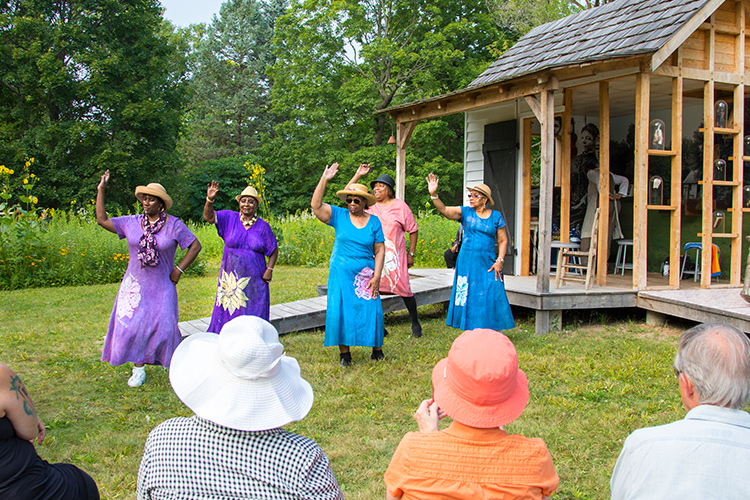 The setting was based on Cobb's research about Yonges Island, one of South Carolina's Sea Islands that became home to freed slaves after the Civil War. (UWM Photo/Pete Amland) 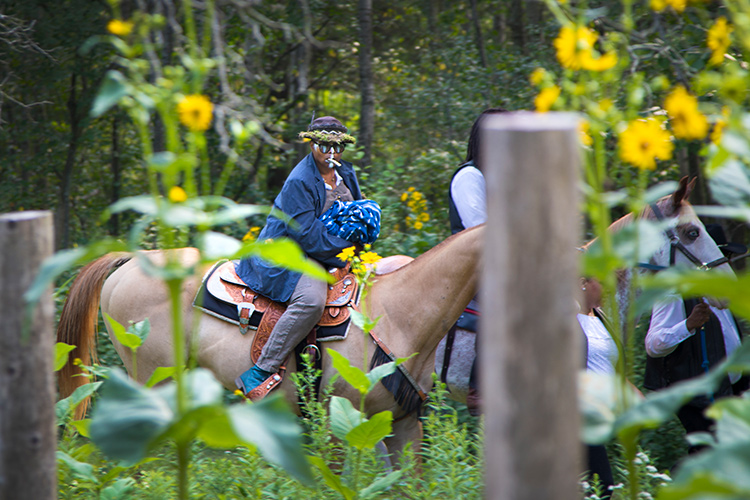 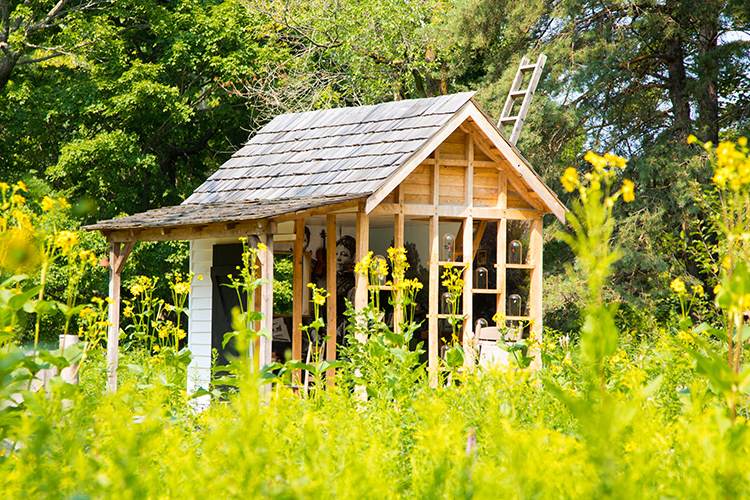 This cabin, constructed by artist Fo Wilson, was a focal point for the performance. (UWM Photo/Pete Amland) 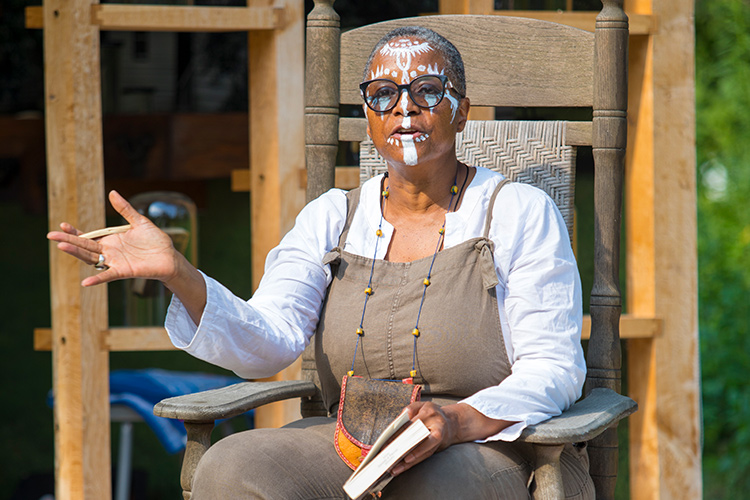 Cobb's ancestors settled there, and she conjured up the character of a family matriarch. (UWM Photo/Pete Amland)

The garden was central to Cobb’s project. She researched Yonges Island recipes through archival accounts and family folklore. She partnered with Scott Alves Barton, a New York-based chef and African diaspora food scholar, to get the plantings and garden size as authentic as possible.

In September 2018, Cobb and Barton cooked and hosted a meal prepared with ingredients from Lizzie’s Garden. Cobb also wants to produce a documentary film about the entire project.

“The open-air, site-specific work, for me, expands cinema beyond the frame,” Cobb says, “adding to my research and experiential practice as an artist and professor.”