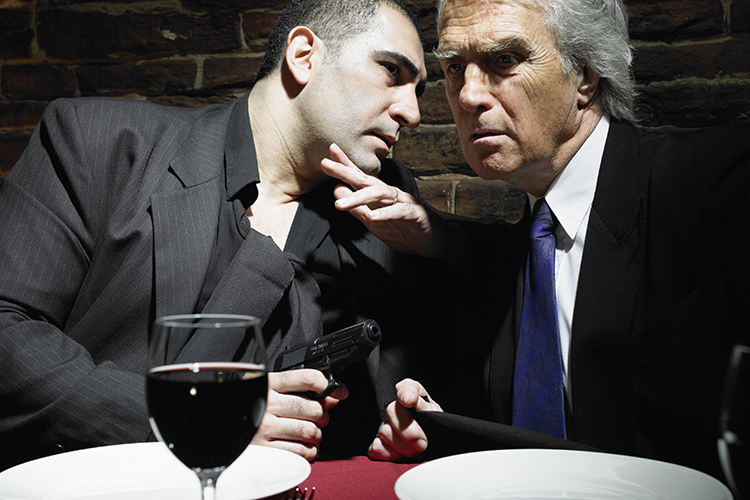 How much of our conception of the Italian Mafia is true – and how much comes from popular movies and books? UWM Professor Robin Pickering-Iazzi went to the source to find out – Italian literature about the mob and its members.

When we think Mafia literature many of us probably think of “The Godfather” by Mario Puzo, and the three popular movies based on the book.

But Robin Pickering-Iazzi, UWM professor of Italian and Comparative Literature, has a different perspective. In researching her new book, “The Mafia in Italian Lives and Literature: Life Sentences and Their Geographies,” she found a range of ideas about the Mafia in Italian literature and on the Internet.

Here are four things Pickering-Iazzi discovered. None of them is flattering to certain characters portrayed onscreen by Marlon Brando and Al Pacino.

Like popular Mafia myths, Italian Mafia literature focuses on the notion of the family. Instead of romanticizing godfathers and daughters’ weddings, however, the books focus on how insistence on “family first” robs children born into Mafiosi families of their autonomy and subjects them to psychological harm.

“This kind of material tells us so much about trauma. If you live with the Mafia, you live with death,” Pickering-Iazzi said. “Many children of the Mafiosi started going to psychoanalysts and went into therapy because they couldn’t reconcile the fact of having fathers who committed horrendous murders.”

The Italian literature Pickering-Iazzi examined also detailed the brutal ways of Mafia control – from local neighborhoods up to the national government.

“How do the Mafioso territorialize a neighborhood? How do they keep people silent, people who in their own lives are honest and ethical? … You see that it’s always by this threat of violence, either toward the person who speaks out or their family,” Pickering-Iazzi said.

“(Characters) in four of the novels were actually inspired by historical people. You get a lot of factual information about the Mafia system of control in these novels.”

In Italian literature, there is a canon of important works dealing with the Mafia – all written by men.

Pickering-Iazzi didn’t set out to write a feminist perspective on Mafia literature, but in some ways, that’s what she did. She focused on works by women for her own book and noted narratives that challenged or dealt with issues far different than those that concerned male writers.

“If you think about it from the Mafia perspective of omertà – silence, enforced silence – I thought, since the critical world has not been talking about these women, it makes it appear as if they’re somehow complicit; they’re not speaking out about this very topical issue in Italy,” she said.

Citizen journalism is the new genre

While the Italian press does what it can, news outlets in Italy are controlled in many ways and tend to produce superficial stories about the Mafia. Citizen journalists have stepped up to provide well-researched, in-depth exposes posted online.

“They have thousands of readers and they’re performing this wonderful work for informing the public, for democracy, for justice,” Pickering-Iazzi said. “Sometimes, based upon these articles, criminal cases are reopened.”

However, online journalists publish at their own risk – some 60 journalists in Italy require constant personal protection because of their work in exposing Mafia crimes.

It’s said that in Palermo, Italy, it’s nearly impossible to buy a plot at the cemetery to bury a relative without going through the Mafia. Corruption and ties to organized crime can be found at every level of Italian government. Italian lawyers and judges have been murdered for prosecuting mob criminals.

That’s where online anti-mafia social media groups come in. Organizations like Libera and Ammazzateci Tutti (translated as “kill us all”) have flourished online. There are websites and social media groups aimed at combatting the Mafia’s influence by educating young people about the dangers of becoming involved with the mob, and helping people find jobs without calling the Mafia for a favor. They also provide platforms for citizen journalists to publish their work.

“I find these online anti-Mafia social networks to be absolutely inspirational,” Pickering-Iazzi said. “The ideal is that everybody gets engaged and does actual labor toward making life better in society and building civil society.”

Of course, the Mafia can use the Internet as well.

“The struggle, the violence, the threats that are on the ground are also up in the ether, and they do track people down. Libera’s site was hacked, and they left a skull with death threats,” Pickering-Iazzi said. “The battle goes on.”

Pickering-Iazzi’s book is available at Amazon.

Author will speak at Boswell Books

Robin Pickering-Iazzi will talk about “The Mafia in Italian Lives and Literature: Life Sentences and Their Geographies”  at 7 p.m., Feb. 17 at Boswell Books, 2559 N. Downer Ave.