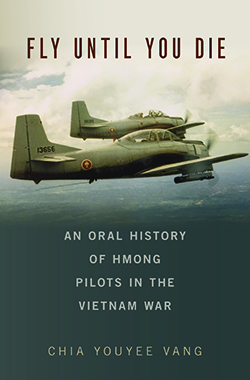 During the Vietnam War, Hmong men risked their lives in a CIA-supported fighter pilot program led by the U.S. Air Force. Vang, a professor of history who came to the United States as a 9-year-old Hmong refugee, gives these men their due by sharing their never-before-told stories. They recount their woefully inadequate training and shoddy aircraft, as well as the dangerous topography and high casualty rates from covert missions. Most of the men who survived the war eventually settled in the U.S.