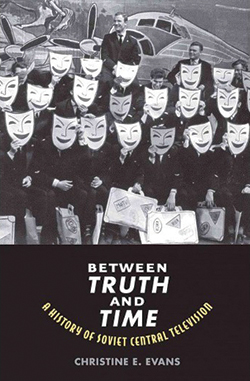 Evans dives into the archives of Soviet television and finds shows of unexpected experimentation and creativity. The associate professor of history explains how TV programming progressed from the relative freedom of post-Stalinism, through the repressive Brezhnev era and into the dawn of Gorbachev’s perestroika. Along the way, Soviet TV sought new ways to legitimize authority even in the absence of a coherent ideology or political role for its citizens.